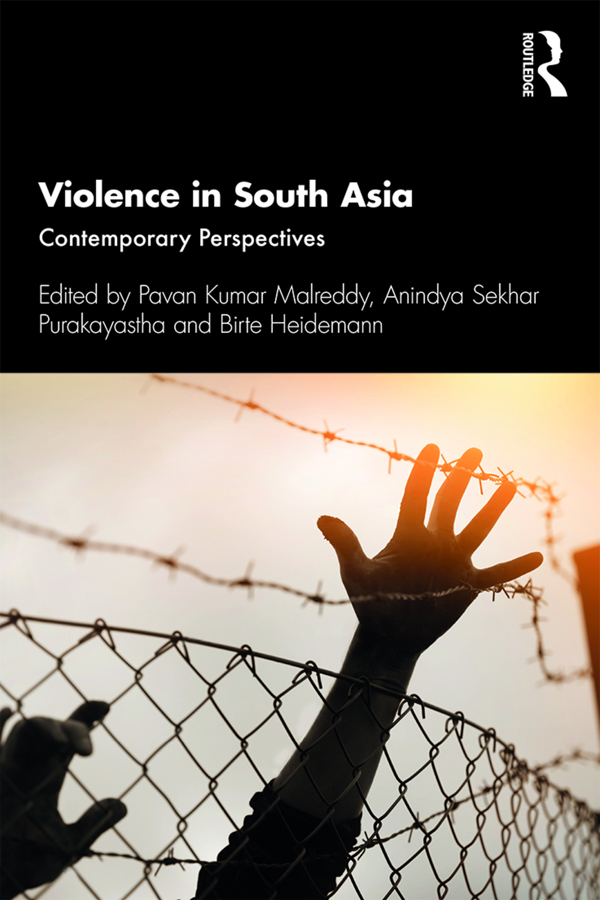 This volume explores new perspectives on contemporary forms of violence in South Asia. Drawing on extensive fieldwork and case studies, it examines the infiltration of violence at the societal level and affords a comparative regional analysis of its historical, cultural and geopolitical origins in South Asia. Featuring essays from Sri Lanka to Nepal, and from Afghanistan to Burma, it sheds light on issues as wide-ranging as lynching and mob justice, hate speech, caste violence, gender-based violence and the plight of the Rohingyas, among others.

Lucid and engaging, this book will be an invaluable source of reference as well as scholarship to students and researchers of postcolonial studies, anthropology, sociology, cultural geography, minority studies, politics and gender studies.

The strength of the book lies with its innovative conceptualisation and carefully selected chapters, which are based on original material and ethnographic studies. The volume captures the pulse of many contemporary issues being debated in India, such as Maoist politics, incidents of lynching, new developments in Kashmir and recent incidents of rape. — Ajay Gudavarthy, Jawaharlal Nehru University

Whether there is more violence in South Asia today or whether it is just more visible, one cannot turn a page of a newspaper from the region without being struck by words like ‘lynching’, ‘surgical strike’, ‘cow vigilantes’, along with the older ‘riot’, ‘acid attack’, ‘murder’, ‘rape’ etc. Hence, this book is an absolutely necessary and very important scholarly intervention in South Asian literary and cultural studies. —

Pavan Kumar Malreddy is researcher in English literature at Goethe University Frankfurt, Germany. He previously taught at the University of Saskatchewan, Canada, and TU Chemnitz, Germany. His publications include Orientalism, Terrorism, Indigenism (2015) and the co-edited collection Reworking Postcolonialism (2015). He has co-edited special issues with the Journal of Postcolonial Writing (2012; 2020), ZAA: Journal of English and American Studies (2014), Kairos and the European Journal of English Studies (2018), and has authored essays on terrorism, political violence and postcolonial theory in The European Legacy, Third World Quarterly, Journal of Postcolonial Writing and Intertexts, among others.

is Professor at the Department of English,Kazi Nazrul University,India. He was Fulbright Nehru Fellow 2018–19 at the University of Massachusetts, Amherst.His research focuses on postcolonial governmentality, citizenship rights, political violence and the Anthropocene. His work appeared in International Journal of Zizek Studies, Parallax, Journal of Postcolonial Writing, History and Sociology of South Asia, Postcolonial Studies, Transnational Literature and Economic and Political Weekly, among others. He is co-editor of Kairos: A Journal of Critical Symposium and is one of the founding members of the Postcolonial Studies Association of the Global South (PSAGS).

Birte Heidemann is Assistant Professor in English literature at Dresden University of Technology, Germany. She previously held appointments at TU Chemnitz and University of Bremen, Germany. Her research interests include postcolonial theory, and literary and cultural expressions of post-conflict societies. She is the author of Post-Agreement Northern Irish Literature (2016) and co-editor of From Popular Goethe to Global Pop (2013), Reworking Postcolonialism (2015) and two special editions of the Journal of Postcolonial Writing. Her work has appeared in The Journal of Commonwealth Literature, Wasafiri and Postcolonial Text, among others.