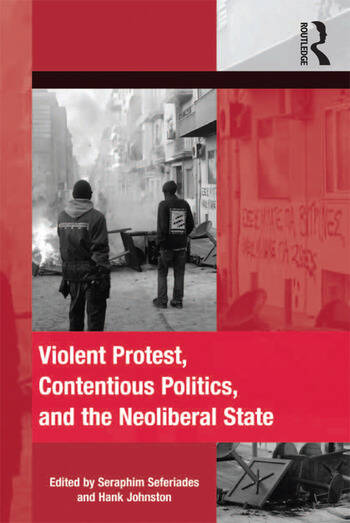 This volume of cutting-edge research comparatively analyzes violent protest and rioting, furthering our understanding of this increasingly prevalent form of claim making. Hank Johnston and Seraphim Seferiades bring together internationally recognized experts in the field of protest studies and contentious politics to analyze the causes and trajectories of violence as a protest tactic. Crossnational comparisons from North America, Britain, France, Germany, Greece, Iran, Thailand, and elsewhere contribute to the volume's theoretical elaboration, while several case studies add depth to the discussion. This title will be of key importance to scholars across the social sciences, including sociology, political science, geography and criminology. Johnston and Seferiades's exciting book is a significant contribution to the study of rioting and violent protest in the contemporary neoliberal state.

'A diverse, incisive set of essays all focused on a single theme: how collective violence arises from and impacts social change. We learn from each, but the lessons of the whole are much greater than the sum of its parts. The field of collective action moves up a large notch.' Bert Useem, Purdue University, USA 'This important new volume brings together an impressive array of scholars to tackle the thorny and neglected issue of social movements and violence. In topics ranging from turn of the century union violence against scabs, to modern day youth riots in Athens, from terrorist groups in Germany to revolutionary movements in Thailand and Iran, the authors explore the interplay of emotions, power and strategy. Most critically, they place violence firmly in its relational and situational context.' Cathy Lisa Schneider, American University, Washington, DC, USA