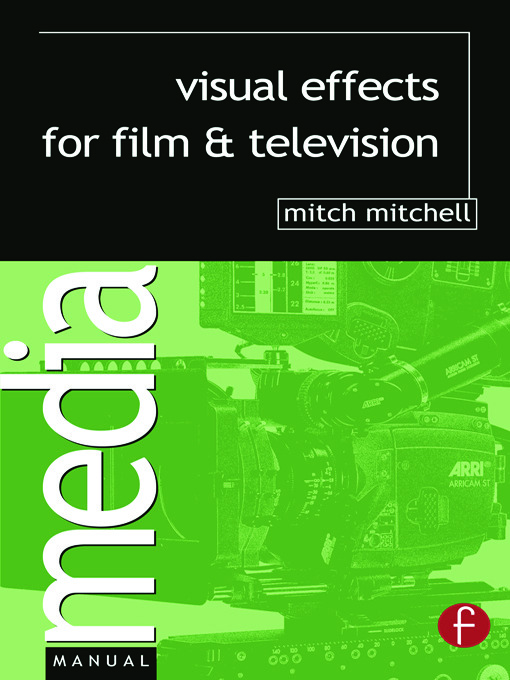 Visual Effects for Film and Television

* An invaluable insight into the use of visual effects in film and television* Fully illustrated with diagrams to show you step-by-step techniques* Covers visual effects processes from front-of-camera to post-production* Integrated approach to film, video and digital techniques* Redefines the rules of photography so that they can be broken for effects* Shows the line of development from the oldest to the newest processes* A must for cinematographers, editors, designers and students of VFX alike * Everything you need to know to plan and supervise visual effects shots* Essential reading for anyone working in commercials/advertising photography or effectsWritten by an experienced professional, this manual is the essential guide to understanding the principles and background of modern visual effects.Visual effects are at the forefront of a digital revolution in the film and video industry and are becoming more and more important to movie language. This book teaches the practical techniques and skills required to incorporate effects successfully into both film and television production.

"There is such a wealth of information…I believe that it will be useful and interesting for established filmmakers and students alike…it is the best book of its kind that I have ever read." - Image Technology"A well-written guide to producing visual effects, both with cameras and computers, this forms an excellent background to film and TV technology." - Lighting and Sound

A pioneer of digital effects, has lived their development from "Dr Who to "Harry Potter. Starting his career at BBC television Mitch helped develop early colour TV effects systems. Later, as Director of Visual Effects at The Moving Picture Company, he supervised the effects on literally hundreds of commercials. Since becoming Head of Imaging at Cinesite in London he has worked on projects including "Harry Potter and the Prisoner of Azkaban, "TROY, "King Arthur and "The League of Extraordinary Gentlemen. Mitch lectures and writes on visual effects imaging and is also Visiting Professor at Bournemouth University.