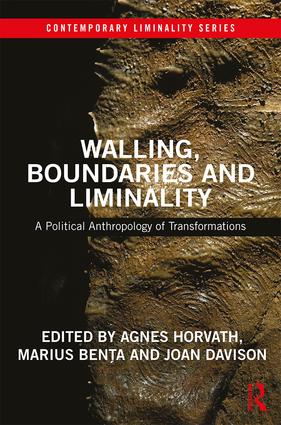 Contemporary challenges related to walls, borders and encirclement, such as migration, integration and endemic historical conflicts, can only be understood properly from a long-term perspective. This book seeks to go beyond conventional definitions of the long durée by locating the social practice of walling and encirclement in the broadest context of human history, integrating insights from archaeology and anthropology. Such an approach, far from being simply academic, has crucial contemporary relevance, as its focus on origins helps to locate the essential dynamics of this practice, and provides a rare external position from which to view the phenomenon as a transformative exercise, with the area walled serving as an artificial womb or matrix. The modern world, with its ingrained ideas of borders, nation states and other entities, often makes it is very difficult to gain a critical distance and detachment to see beyond conventional perspectives. The unique approach of this book offers an antidote to this problem. Cases discussed in the book range from Palaeolithic caves, the ancient walls of Göbekli Tepe, Jericho and Babylon, to the foundation of Rome, the Chinese Empire, medieval Europe and the Berlin Wall. The book also looks at contemporary developments such as the Palestinian wall, Eastern and Southern European examples, Trump’s proposed Mexican wall, the use of Greece as a bulwark containing migration flows and the transformative experience of voluntary work in a Calcutta hospice. In doing so, the book offers a political anthropology of one of the most fundamental yet perennially problematic human practices: the constructing of walls. As such, it will appeal to scholars of sociology, anthropology and political theory.

"Few books alter the way you think. This is one of them. We tend to think of walls and boundaries as barriers, politically forced divisions or protective devices. After reading this book, you realize that walling is really an act of transformation. A dangerous, even perverted, kind of transformation, the consequences of which we all live with today, almost hopelessly. Almost."

"The wall is both a constraint and a violent expansion, a paradox whose implications are explored in this sophisticated collection. Some leading scholars explore the political anthropology of boundaries, employing a rich vocabulary while extending our thinking beyond conventional categories, based on rich empirical research and a substantive critique of practices. This is an essential work that allows us to see beyond accustomed physical and conceptual frames."

"With case studies ranging from the Neolithic to the present, from Göbekli Tepe to Arizona, this interdisciplinary book places current walling in historical perspective and teaches fundamental lessons about society, boundaries, liminality and the ultimate futility of walling. Learned, enlightening and readable, this book also contributes to basic social theory. Highly recommended."

"An important work on significant issues."

"Timely, provocative and challenging, Walling, Boundaries and Liminality is essential reading for all those who seek to understand from a comparative, historical and contemporary perspective the social practice of walling and the stories, myths and passions that crystallise around it."

"This fascinating book contemplates from multiple angles "one of the most curious human practices: constructing walls." It ponders the place of walling—the purposeful making of obstacles—in human history, exploring its different forms (such as, did a wall aim to keep something inside or outside?). From this perspective, the book casts unexpected light on such phenomena as the biblical story of Babel, refugee camps in Gaza, the Berlin Wall, the proposed U.S.-Mexican border wall, and the great Wall of China (which, it turns out, exists only in the minds of Europeans). Wonderfully original and thought-provoking!"

Part I: Theorising Walling: Processes of Transformation in History

2. The meaning and meaninglessness of building walls (Arpad Szakolczai)

3. Oppressive walling: Babel and the inverted order of the world (Marius Bența)

6. Liminality and belonging: The life and the afterlives of the Berlin Wall (Harald Wydra)

7.The Great Wall of China does not exist (Erik Ringmar)

9. Imaginary walls and the paradox of strength (Arvydas Grišinas)

Agnes Horvath is a political theorist and sociologist. She was an affiliate visiting scholar at Cambridge University, UK, 2011 to 2014, and is a Visiting Research Fellow at University College Cork, Ireland. She is a founding editor of the academic journal International Political Anthropology.

is a sociologist, journalist and playwright. He received his PhD from University College Cork, Ireland, and teaches Broadcasting Journalism at the Babe?-Bolyai University in Cluj, Romania.

Joan Davison is Professor of Political Science and a Cornell Distinguished Faculty Member at Rollins College, USA. She has a PhD from the University of Notre Dame and specialises in international relations and comparative politics.