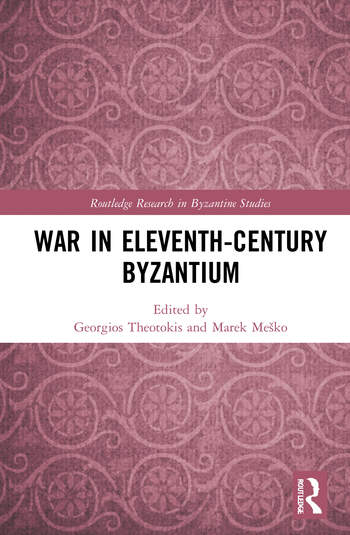 War in Eleventh-Century Byzantium presents new insights and critical approaches to warfare between the Byzantine Empire and its neighbours during the eleventh century.

Modern historians have identified the eleventh century as a landmark era in Byzantine history. This was a period of invasions, political tumult, financial crisis and social disruption, but it was also a time of cultural and intellectual innovation and achievement. Despite this, the subject of warfare during this period remains underexplored. Addressing an important gap in the historiography of Byzantium, the volume argues that the eleventh century was a period of important geo-political change, when the Byzantine Empire was attacked on all sides, and its frontiers were breached.

This book is valuable reading for scholars and students interested in Byzantium history and military history.

Part I. Tradition and Change in the perception of war in Byzantium

1. Between the old and the new, byzantine battle tactics in the times of the battle of Manzikert

2. "Such carnage in one place had not occurred before in Byzantium": The battle of Hades (August 20, 1057 AD) and its repercussions

4. Byzantine concepts of mercenaries in the eleventh century (988-1081)

5. From a peacemaker to a warrior: Changes in the imperial education as illustrated in the eleventh century Mirrors of Princes.

6. The enemy within: the crisis management of the centrifugal movements in the European provinces of the Byzantine empire

7. Byzantium and the Rusʼ in the late tenth and eleventh centuries

8. Byzantine military campaigns against Serbian lands and Hungary in the second half of the eleventh century

9. Alexios I Komnenos’ military strategy against the Normans, according to the Venetian Chronicles

10. The Armenians in the Byzantine and Fatimid Militaries in the eleventh century: Similarities and Differences in their operational role

11. The Art of War in Georgia in the eleventh century and the War with Byzantium

Part III. Technical aspects of the organization of the Byzantine army

12. Boots on the Ground: Byzantine Infantry in the Eleventh Century

13. The use of war-flails in the Bulgarian lands during the Byzantine conquest period – archaeological evidence from the northern borders of the Empire

14. The army of Basil II in the wars against Samuil the Comitopoulos

15. Technical aspects of siege warfare in the eleventh century

is Assistant Professor in the Department of Classical Studies at Masaryk University, Czech Republic.