Warfare in China Since 1600 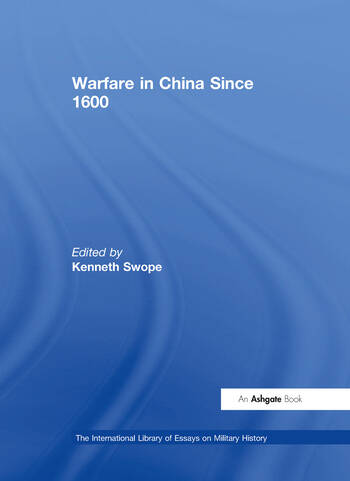 Warfare in China Since 1600

Warfare has shaped the modern history of China more than any other single factor. This book brings together the best recent English language scholarship on warfare in China over the last four centuries and situates warfare within the broader sweep of China's modern historical development.

Kenneth Swope is Professor at the Department of History, Ball State University, USA.