Water Bankruptcy in the Land of Plenty

Water Bankruptcy in the Land of Plenty

As the American Southwest faces its deepest drought in history, this book explores the provocative notion of “water bankruptcy” with a view towards emphasizing the diversity and complexity of water issues in this region. It bridges between the narratives of growth and the strategies or policies adopted to pursue competing agendas and circumvent the inevitable. A window of opportunity provided by this current long-term drought may be used to induce change by dealing with threats that derive from imbalances between growth patterns and available resources, the primary cause of scarcity.

A first of its kind, this book was developed through close collaboration of a broad range of natural scientists, social scientists, and resource managers from Europe and United States. It constitutes a collective elaboration of a transdisciplinary approach to unveiling the inner workings of how water was fought for, allocated and used in the American Southwest, with a focus on Arizona. Specifically, it offers an innovative scientific perspective that produces a critical diagnostic evaluation of water management, with a particular view to identifying risks for the Tucson region that is facing continuous urban sprawl and economic growth.

Human natural history of Southwestern US

Rivers and Dams of the American Empire. Sociology of the Environment and the Sphere of Power

Conclusion – Bringing all the Stories Together

Hoshin V. Gupta is a Professor of Systems Analysis, and the Salt River Project Professor of Technology, Public Policy and Markets, in the Department of Hydrology and Atmospheric Sciences at the University of Arizona. He has MS (1982) and PhD (1984) degrees in Systems Engineering from Case Western Reserve University and a Bachelor of Technology (1979) degree in Civil Engineering from the Indian Institute of Technology Bombay. Professor Gupta is an internationally recognized leader in systems methods for reconciling models with data, a systems theorist, and a philosopher, with strong technical skills in complex algorithm development. From 2000-2005 he was the Associate Director for Science of the NSF science and technology center SAHRA. In 2009 he was elected Fellow of the American Geophysical Union for ‘consistent contributions to modeling science’, and in 2014 was awarded the Dalton Medal of the European Geophysical Union for ‘pioneering work on systems methods for hydrology’.
Professor Gupta’s expertise is in the development of earth system models, and the use of models for decision-making. He has developed methods for model-based learning based in Bayesian and Information Theoretic approaches, while working extensively with social scientists to implement models for decision analysis in a transdisciplinary setting. Overall he has published 10 scientific books (including ‘Water Policy in New Mexico: Addressing the Challenge of an Uncertain Future’) and more than 160 peer-reviewed articles, earning him an H-Index = 60 with ~15,000 citations. Professor Gupta teaches courses in the theory and applications of systems methods to hydrology, and has directly mentored more than 100 graduate students.

After his engineering degree and MS in Barcelona (UPC/UB 2000), Aleix Serrat-Capdevila worked in the public, private and development sectors, including fieldwork in El Salvador, India and Bangladesh and one year as a water and sanitation engineer in refugee camps and local villages in West Africa. He obtained a MS degree (2004) in Hydrology from the University of Arizona with a stochastic optimization model for international reservoir systems) and a PhD (2009) on modeling climate change impacts in hydrology with a minor in anthropology, analyzing the role of science and participation in co-management processes for adaptation and resilience. He received a National Research Council fellowship (2009-2012) to work with the International Center for Integrated Water Resources Management (ICIWaRM-UNESCO) and became a Research Associate Professor at the University of Arizona (2011-2016) and a member of the NASA-SERVIR Applied Sciences Team, collaborating with a broad range of national and international organizations, bridging the gap between scientific research and real-world water management challenges. He was awarded the Commander’s Award for Civilian Service for his "key role in helping ICIWaRM fulfill its mission in service of UNESCO and the US (2009-2014)". He is currently a Senior Water Resources Management Specialist within the World Bank Global Water Practice.

Maria A Sans-Fuentes is an expert on the biology of small mammals. Dr. Sans-Fuentes received her PhD (2004) in Biology and her Experimental Master of Science (2004) in Pharmaceutical Sciences from the University of Barcelona (Spain). Her Bachelor of Science degree (1996) is in Biology, specializing in the Biology of Organisms and Systems. She received her Postdoctoral training, as a Fulbright Scholar, at the University of Arizona (2006-2008), and till 2014 worked as an Associate Research Scientist affiliated with both the University of Barcelona and the University of Arizona. Dr. Sans-Fuentes currently works as an Associate Research Scientist at the University of Arizona, investigating the ecology of small mammals, and the impacts of the disruption of circadian rhythms on human health (particularly in the context of environmental alterations brought about by changing climate). Between 2014 and 2016, she served as European Project Manager for the Sustainable Water ActioN (SWAN) project, during which period she became interested in the role of the small mammals on the hydrological cycle in semi-arid/arid regions, leading to one of the chapters in the present book.

László G. Hayde is an expert in irrigation engineering, graduated (1982) and obtained his Doctorate degree (1995) from the Faculty of Civil Engineering, Technical University of Budapest (TUB) Hungary, and followed postgraduate studies in Environmental Impact Assessment at the University of Aberdeen, Scotland UK (1991). After his graduation he worked for a consulting company on various hydraulic engineering projects, later as Senior Assistant Professor at TUB (later Budapest University of Technology and Economics, BUTE), Department of Hydraulic and Water Resources Engineering.
He has international experiences in higher education and its management, as well as curricula development. He has been Head of the Dean’s Office, Faculty of Civil Engineering (1997-98) and Deputy Director of the International Education Center, (2001-2002) Budapest University of Technology and Economics, Hungary. In 2002 Dr. Hayde joined the Core Land and Water Development of the Water Engineering Department of IHE (presently UNESCO-IHE Institute for Water Education) as Senior Lecturer in Irrigation Engineering. He also worked as Consortium Partner in the EU FP7 SWAN research project activities, summarized in this book. László G. Hayde is active in the International Commission on Irrigation and Drainage (ICID) since 1998. He has been elected Vice President of ICID (2009-2012).

"... this collaborative effort is very successful. In a series of thought-provoking case studies, the authors provide a comprehensive and extraordinarily detailed analysis of a serious issue with ramifications that expand well beyond Arizona"

"Water Bankruptcy in the Land of Plenty is about water scarcity in Southern Arizona; but though many might think this narrow subject would limit the book's interest to Arizona residents alone, it's recommended for any arid region of the world. as it covers how water scarcity is measured and dealt with.

The American Southwest is facing its deepest drought in history. This discussion evolved through the collaborative efforts of scientists, resource managers, and social scientists not just from Arizona but from around the world and across the U.S. It thus offers an interdisciplinary approach as it examines the politics and processes of water allocation. 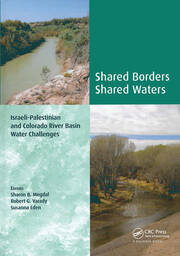 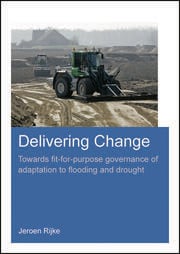