This new book offers an engineer's perspective on the history of water technology and its impact on the development of civilisation.
A Second Edition and translation into English of the French book "L'Hydraulique dans les Civilisations Anciennes".

Water professionals, engineers, scientists, and students will find this book fascinating and invaluable to their understanding of the fundamental role of water engineering in the development of civilization. The book abounds with descriptions of hydraulic techniques in the civilizations of the classical era and the Middle Ages, including illustrations and translated descriptions of ancient observers and authors. The work is unique in offering an engineer's perspective not only on the history of water technology, but also demonstration of the genesis of ideas and the transmissions of ideas and technology from one age and civilization to the next. The book is especially noteworthy for its efforts to situate hydraulic developments in their historical and intellectual context.

Introduction
Part I
4,000 years of hydraulic development in the East
From the era of the early cultivators to the conquests of Alexander the Great
Chapter 1. Hydraulics and the birth of civilization
Chapter 2. From Mesopotamia to the Syrian shore: the land of water pioneers
Chapter 3. Ancient Egypt and the Arabia Felix (in modern Yemen), the rhythm of the flood seasons
Chapter 4. The maritime civilizations of the Aegean Sea: urban and agricultural hydraulics
Part II
The Empires of the Builders
Chapter 5. Mathematicians and inventors of Alexandria and the Hellenistic world
Chapter 6. Hydraulics in the Roman Empire: driving force of development and symbol of civilization
Chapter 7. Beyond Bibliographic References Rome, the East and the Arab world
Chapter 8. Rivers, canals, and hydraulic technology in China
Chapter 9. The mills of the Middle Ages
Conclusion
Chronological Table

Pierre-Louis Viollet graduated from Ecole Nationale des Ponts et Chaussées (Paris) in 1974, PhD at Paris 6 University (1977). He has been working with EDF R&D as a research engineer and head of the R&D Laboratory of EDF on Hydraulics and Fluid Mechanics in Chatou. In1994 he moved to a managerial position as deputy director of the Generation Plants Department of EDF R&D, then as Director of the Power Systems Department. In 2001 he was nominated Vice-President for R&D Laboratories, and since 2006 has been acting as VicePresident for R&D Coordination and Partnership of EDF R&D. He has supervised the creation of 11 common laboratories involving EDF R&D and French academic partners, as well as a common institute with the University of Karslruhe (Germany): the European Institute for Energy Research. P.-L. Viollet has been for many years Professor of Applied Fluid Mechanics as Ecole Nationale des Ponts et Chaussées (Paris), where he has been nominated Honorary Professor in 2008, and Scientific Committee Member. He wrote two tutorial books in fluid mechanics as well as two books on the history of water and fluid technologies. P.-L. Viollet is chairman of the scientific committee of "Société Hydrotechnique de France", and of the scientific committee for the "Baie du Mont Saint Michel" hydro-sediment management. He has been for three years member of the Technical Committee of the Energy Technologies Institute (UK). He is a member of the Engineering and Physical Sciences Research Council (UK), and of the Energy Committee of the "Agence Nationale de la Recherche" (France).

"One of the greatest challenges for society in the 21st century is, without doubt, the sustainable management of water. This is true both for developed and especially, as the millenium goals clearly state, for developing countries. A goal which can only be achieved, as history has proven, by adapting solutions to existing conditions.
This constitutes in itself a powerful reason to devote the time to read this book, for it will allow the reader to learn how men and women have done, in every age, what the circumstances required at time. This is a lesson that, unfortunately, we need to learn again nowadays. This is a lesson taught masterfully by Pierre-Louis Viollet, an engineer in love with history, and particularly with those times in which mankind's creativity was most evident. Creativity which, in so many cases, is driven by need. Creativity which is closely related to water. After all, water is essential for human life." 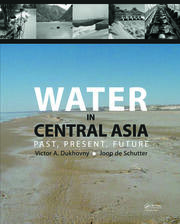 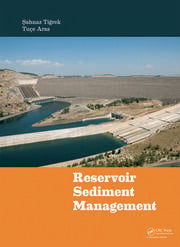 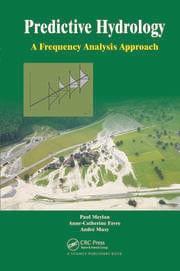