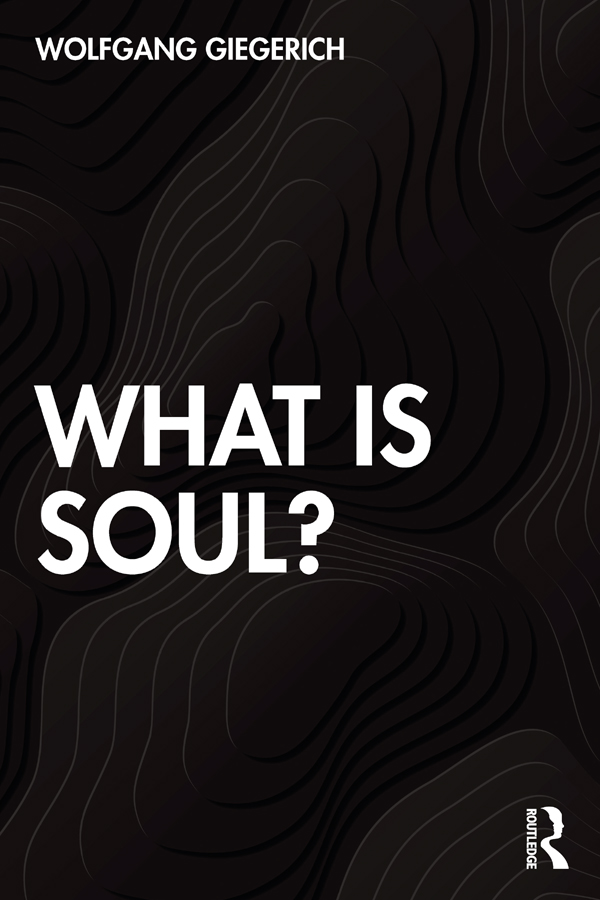 Rooted in the metaphysics of bygone times, the notion of soul in our Western tradition is packed with associations and meanings that are incompatible with the anthropological and naturalistic thinking that prevails in modernity. Whereas treatises of old conceived of the soul as an infinite, immaterial substance which was the ground of man’s hope for eternal salvation, modern psychology has for the most part discarded the concept in favor of more tangible touchstones such as the emotions, desires, and attachments which characterize man as a finite, bodily-existing positive fact. An exception to this trend has been the analytical psychology of C. G. Jung. Against the positivistic spirit of his times, Jung insisted upon a "‘psychology with soul,’ that is, a psychology based upon the hypothesis of an autonomous mind." In this volume, Wolfgang Giegerich once again takes up the Jungian commitment to a psychology with soul. Agreeing with Jung that the soul concept is indispensable for a truly psychological psychology, he supplements and re-orients the Jungian approach to both this concept and the phenomenology of the soul by means of a whole series of nuanced discussions that are as rigorous as they are thoroughgoing. The result is nothing short of a tour de force. Tarrying with the negative, Giegerich’s particular contribution resides in his showing the movement against the soul to be the soul’s own doing. In animus moments of itself, consciousness in the form of philosophy and Enlightenment reason turned upon itself as religion and metaphysics. Far from abolishing the soul, however, these incisive negations were themselves negated. As if dancing upon its own demise, the soul came home to itself, not as an invisible metaphysical substance, but more invisibly still as the logically negative evaporation of that substance into the form of subject, or even better said, into psychology.

"Among contemporary Jungian writers, Wolfgang Giegerich stands out for the scope and depth of his insights into the historical and philosophical foundations of Jung’s work and their implications for the future of psychology as a domain of human experience and investigation. With the publication of What Is Soul? he presents the most comprehensive discussion of his position since The Soul’s Logical Life. What Is Soul? demonstrates once again how Giegerich’s exceptional command of the philosophical tradition can inform our understanding of Jung. Encountering Hofmannsthal’s Letter of Lord Chandos, to take but one example, in a discussion of modern psychology provides a moment of pure intellectual pleasure, while at the same time reminding the reader of the time of crisis within which Jung worked. Jungians of all persuasions often speak of soul work, but Giegerich gives us a picture of the work of soul. His is a complex, but always stimulating voice that deserves our continued attention." - George B. Hogenson, Ph.D., Chicago Society of Jungian Analysts; author of Jung’s Struggle with Freud

Wolfgang Giegerich is a Jungian analyst, now living in Berlin, and the author of numerous books, among them Neurosis: The Logic of a Metaphysical Illness and his Collected English Papers, volumes 1-6.