Wheat Blast provides systematic and practical information on wheat blast pathology, summarises research progress and discusses future perspectives based on current understanding of the existing issues. The book explores advance technologies that may help in deciding the path for future research and development for better strategies and techniques to manage the wheat blast disease. It equips readers with basic and applied understanding on the identification of disease, its distribution and chances of further spread in new areas, its potential to cause yield losses to wheat, the conditions that favour disease development, disease prediction modelling, resistance breeding methods and management strategies against wheat blast.

This book’s chapters are contributed by experts and pioneers in their respective fields and it provides comprehensive insight with updated findings on wheat blast research. It serves as a valuable reference for researchers, policy makers, students, teachers, farmers, seed growers, traders, and other stakeholders dealing with wheat.

Identification and diagnosis of wheat blast

The infection process of Magnaporthe oryzae Triticum on wheat

Ecology and epidemiology of wheat blast

Effect of blast on wheat physiology

Screening for wheat germplasm for blast resistance: Methods and Protocols

Dr. Sudheer Kumar is presently working at ICAR – Indian Institute of Wheat and Barley research, Karnal‐132001, Haryana, India and his areas of specialization are wheat pathology, biocontrol, diagnostics and host–parasite interactions. He did Master’s degree from S.K. Rajasthan Agriculture University, Bikaner, and secured a gold medal. He obtained his Ph.D. from C.C.S. Haryana Agriculture University, Hisar, Haryana, and worked on multiple disease resistance in Brassica spp. Dr. Kumar started his career as Assistant Professor at Sher‐e‐Kashmir University of Agriculture Sciences and Technology, Jammu, and remained associated with teaching, both graduate and postgraduate classes and has supervised many M. Sc. and Ph.D. students. Then he moved to ICAR and joined the National Bureau of Agriculturally Important Microorganisms, Mau, UP. There he established the National Agriculturally Important Microbial Culture Collection (NAIMCC) which is recognized as one of National Repositories by the Biodiversity Authority of India. Dr. Kumar also worked as a visiting research scientist in the Department of Plant Pathology, Ohio State University, Ohio, USA in the year 2011, and worked on the development of nucleic acid bases diagnostic tools for plant pathogens. He has 19 years research experience, in the area of resistance breeding, variability in plant pathogens, diagnostics, biological control of fungal pathogens and PGPRs. He has contributed to development of wheat and barley varieties and registered five genetic stock of barley resistant to different diseases. Dr. Kumar has successfully completed several externally funded research projects from different Indian Government agencies. He has published more than 60 research papers and review articles in international journals of high repute, and contributed many book chapters and also edited book Microbes for Climate Resilient Agriculture.

Dr. Gyanendra Pratap Singh is working as Director, ICAR-Indian Institute of Wheat and Barley Research, Karnal and leading wheat coordinated trial and wheat research management in India. He has more than 25 years of research association with wheat variety development for temperature and moisture suppressive environments of Eastern and Central India. He also worked on development of high yielding wheat genotypes suitable to tillage interactions, temperature tolerance with cropping system perspective in rice-wheat cropping system with early and late heat tolerance. As a wheat breeder, he developed 42 wheat varieties for higher yield as well as different traits like yellow rust resistance, short duration, suitable for rainfed and late sown condition and resistant of abiotic stresses. Among these, HD2967 and HD 3086 are mega-varieties and occupy more than 60% of wheat growing area. Besides this, he registered number of wheat genetic stocks. He has vast teaching experience and taught several course at graduate and post graduate level at Indian Agricultural Research Institute (IARI), New Delhi. He has visited several counties including USA, Australia, Kenya and China. He published more than 140 research papers and review articles in International Journals of high repute; several book chapters and technical bulletins. For his outstanding contribution in the field of wheat genetics and varietal development, he has been awarded with prestigious national and international awards like BGRI Gene Stewardship Award, Rafi Ahmed Kidwai Award; fellow of National Academy of Agricultural Sciences (NAAS), New Delhi, and BP Pal Gold Medal. 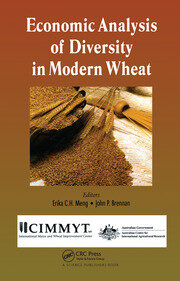 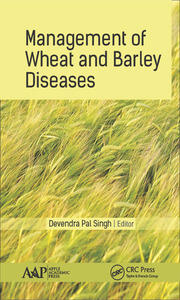 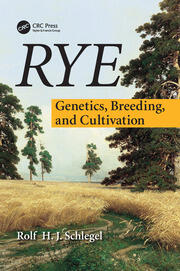