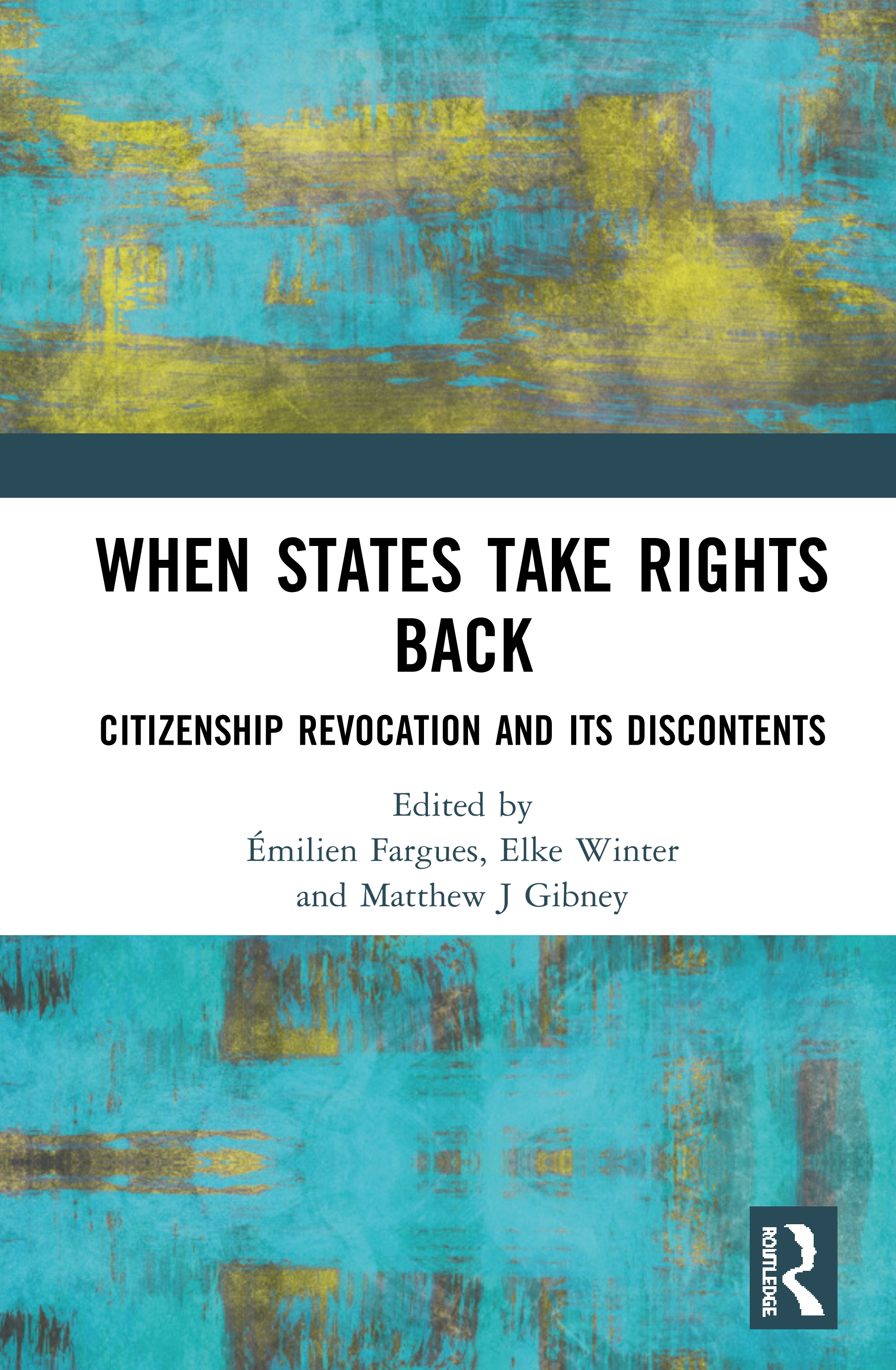 When States Take Rights Back

Once considered outdated, citizenship revocation – also called deprivation or denationalization – has come back to the political center in many Western liberal states. Contributors scrutinize the positions of stakeholders (e.g. civil servants, representatives of civil society, judges, supranational institutions) and their diverse rationales for citizenship revocation (e.g. allegations of terrorism, treason, espionage, criminal behaviour, and fraud in the naturalisation process). The volume also uncovers the variety of tools that national governments have at their disposition to change existing citizenship revocation laws and policies, and the constraints that they are faced with to actually implement citizenship revocation in daily operations. Finally, contributors underscore the extraordinary severity of sanctions implied by citizenship revocation and offer a nuanced picture of the material and symbolic forms of exclusion not only for those whose citizenship is withdrawn but also for minority groups (wrongly) associated with the aforementioned allegations. Indeed, revocation policies target not merely individuals but specific collective categories, which tend to be ethno-racially constructed and attributed specific location within the international status hierarchy of nation-states.

International and interdisciplinary in scope, When States Take Rights Back will be of great interest to scholars of politics, international law, sociology and political and legal history, and Human Rights. The chapters were originally published in Citizenship Studies.

1. Conditional membership: what revocation does to citizenship

4. The politics of un-belonging: lessons from Canada’s experiment with citizenship revocation

5. Denaturalisation and conceptions of citizenship in the ‘war on terror"

6. Simply a matter of compliance with the rules? The moralising and responsibilising function of fraud-based citizenship deprivation in France and the UK

7. The concept of allegiance in citizenship law and revocation: an Australian study

Émilien Fargues is a Max Weber Fellow at the European University Institute and a research associate in the Global Citizenship Governance project at the Robert Schuman Centre for Advanced Studies. He holds a PhD in Political Science from Sciences Po Paris.

Matthew J. Gibney is Professor of Politics and Forced Migration at the University of Oxford, Official Fellow of Linacre College, Oxford, and Director of the Refugee Studies Centre. He specialises in the political and ethical issues raised by refugees, citizenship, and migration control.