Why Minorities Play or Don't Play Soccer
A Global Exploration 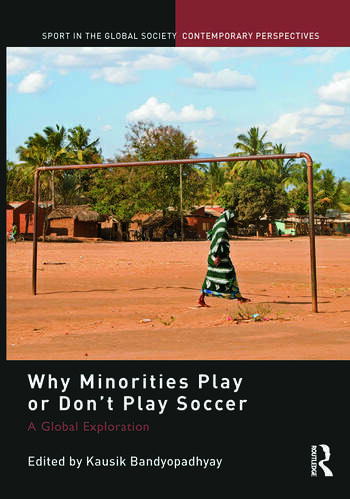 Why Minorities Play or Don't Play Soccer: A Global Exploration

Soccer, the most popular mass spectator sport in the world, has always remained a marker of identities of various sorts. Behind the façade of its obvious entertainment aspect, it has proved to be a perpetuating reflector of nationalism, ethnicity, community or communal identity, and cultural specificity. Naturally therefore, the game is a complex representative of minorities’ status especially in countries where minorities play a crucial role in political, social, cultural or economic life. The question is also important since in many nations success in sports like soccer has been used as an instrument for assimilation or to promote an alternative brand of nationalism. Thus, Jewish teams in pre-Second World War Europe were set up to promote the idea of a muscular Jewish identity. Similarly, in apartheid South Africa, soccer became the game of the black majority since it was excluded from the two principal games of the country – rugby and cricket. In India, on the other hand, the Muslim minorities under colonial rule appropriated soccer to assert their community-identity.

The book examines why in certain countries, minorities chose to take up the sport while in others they backed away from participating in the game or, alternatively, set up their own leagues and practised self-exclusion. The book examines European countries like the Netherlands, England and France, the USA, Africa, Australia and the larger countries of Asia – particularly India.

This book was previously published as a special issue of Soccer and Society.

Kausik Bandyopadhyay, an Academic Editor of Soccer and Society, teaches History at West Bengal State University, Barasat, India. A former Fellow at the Maulana Abul Kalam Azad Institute of Asian Studies, Kolkata, Dr. Bandyopadhyay is the author of Playing Off the Field: Explorations in the History of Sport (Kolkata: Towards Freedom, 2007) and Playing for Freedom: A Historic Sports Victory (New Delhi: Standard Publishers, 2008); co-author of A Social History of Indian Football: Striving to Score (London: Routledge, 2006); and co-editor of Fringe Nations in World Soccer (London: Routledge, 2008).