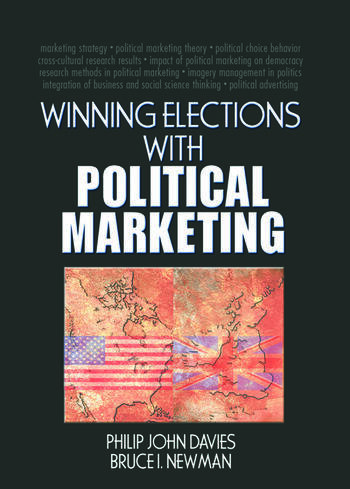 Winning Elections with Political Marketing is a unique look at the election process on both sides of the Atlantic, providing rare insight into how modern political communication and marketing strategies are used in the United States and the United Kingdom. The leading political researchers present a cross-section of their latest findings, augmented with easy-to-read tables, charts, and figures, and reinforced with extensive references and bibliographies. The book addresses the key issues that define the interplay between political marketing and the electorate in both countries, including advertising, research methods and cross-cultural research results, political choice behavior, imagery management, the integration of business and social science theory, and the impact of political marketing on democracy.

While the national election cycles of the two countries may be fundamentally different, their election processes share one thing in common-a trend toward “permanent campaigning” through embedded marketing tactics that’s becoming standard practice in the United States and the United Kingdom. Winning Elections with Political Marketing examines the theoretical underpinnings of policy development, the characteristics of a successful political candidate, political marketing from the perspective of the voters, campaign finance regulations, and the effects of technological changes on political communication.