With contributions from experts, this book explores the latest WBAN systems, technologies, and applications. It covers the basic techniques for designing and building WBAN systems. It explains the deployment issues and then moves into the application areas. The remaining chapters focus on the development of hardware, signal processing algorithms, and wireless communication and network design for wearable and implantable body sensors used in WBAN applications. The book discusses antenna design, propagation in and around the body, channel modeling, coexistence and power management issues, which are other critical design components for successful hospital deployment.

Mehmet R. Yuce received the M.S. degree in electrical and computer engineering from the University of Florida, Gainesville, Florida, in 2001 and Ph.D. degree in electrical and computer engineering from North Carolina State University (NCSU), Raleigh, NC, in December 2004. Currently he is an academic member in the School of Electrical Engineering and Computer Science, University of Newcastle, New South Wales, Australia. He has served as a research assistant between August 2001 and October 2004 with the Department of Electrical and Computer Engineering at NCSU, Raleigh, NC. He was a postdoctoral researcher in the Electrical Engineering Department at the University of California at Santa Cruz in 2005. His research interests include wireless implantable telemetry, wireless body area network, biosensors, integrated circuit technology dealing with digital, analog and radio frequency circuit designs for wireless, biomedical, and RF applications. Dr. Yuce has published more than 70 technical articles in these areas and received a NASA group achievement award in 2007 for developing an SOI transceiver.

Jamil Khan received Ph.D. in electronic and electrical engineering specializing in communications engineering from the University of Strathclyde, Glasgow, UK. Currently, he works as an academic in the University of Newcastle, Australia. His main research interest is in the areas of wireless communication networks, cooperative networks, smart grid communications, wireless sensor networks, and wireless body area network. He has been actively involved in research in these areas for the last 20 years and has published more than 100 articles. He is a senior member of the IEEE (Institute of Electrical and Electronic Engineers) Communications society and a member of the ACM (Association of Computer Machinery). He has been involved in many in technical program committees of IEEE international conferences and reviewer of many top ranking international journals. 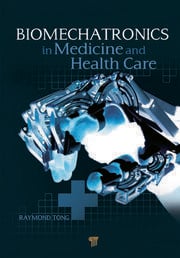