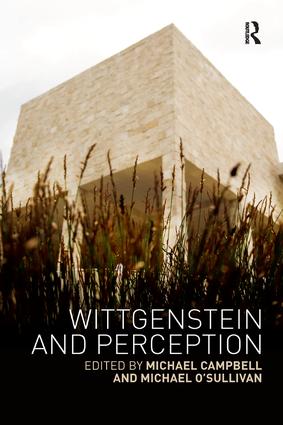 "… I think this is a good volume. The individual papers are, for the most part, clearly and carefully argued. They raise interesting questions both about perception and about Wittgenstein's thoughts about perception, and they usefully speak to each other in both obvious and unobvious ways. … The editors' overview is substantive and broad, and it offers some original and insightful observations." - Avner Baz, Notre Dame Philosophical Reviews

Michael Campbell is a Postdoctoral Research Fellow in the Philosophy Department at Kyoto University, Japan.

is a Tutor in the Department of Philosophy at King’s College London, UK.