Woman’s Identity and Rethinking the Hadith 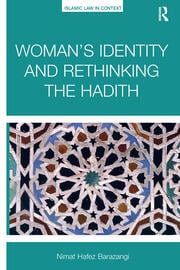 Woman’s Identity and Rethinking the Hadith

The Prophet Muhammad’s reported traditions have evolved significantly to affect the social, cultural, and political lives of all Muslims. Though centuries of scholarship were spent on the authentication and trustworthiness of the narrators, there has been less study focused on the contents of these narratives, known as Hadith or Sunnah, and their corroboration by the Qur`an. This book is a first step in a comprehensive attempt to contrast Hadith with the Qur`an in order to uncover some of the unjust practices by Muslims concerning women and gender issues. Using specific examples the author helps the reader appreciate and understand the magnitude of the problem. It is argued that the human rights and the human development of Muslim women will not progress in a meaningful and sustainable manner until the Hadith is re-examined in a fresh new approach from within the Islamic framework, shifting the discourse in understanding Islam from a dogmatic religious law to a religio-moral rational worldview. The author argues that such re-examination requires the involvement of women in order to affirm their authority in exegetical and practical leadership within Muslim societies, and she encourages Muslim women to stand up for their rights to effect change in understanding the role of sunnah in their own life.

Preface; Introduction: woman’s identity and the Hadith: rethinking the sunnah; Muslim woman’s autonomous authority in the Qur’an: khilafa and imama; Corroborating Hadith by the Qur'an: self-identity, testimony, and witnessing; Qaran and talaq in Qur’an, Hadith, Tafseer, and in personal status code; Belief and knowledge, sexuality and slavery, inheritance and custody; Rereading the making of Hadith and rewriting a new perspective on sunnah; Conclusions: will conscientious self-identified Muslim women become active agents?; References; Index.

Nimat Hafez Barazangi is a Research Fellow at Cornell University, USA where she works on Muslim and Arab Women's Education, Identity Development and Belief System; as well as Feminist and Gender Studies.

'This book is a brave and passionate plea for Muslim women to reclaim the egalitarian message of their faith, which was eclipsed after the Prophet's death by the exclusion of women from positions of leadership and from participation in the production of religious knowledge'

'Nimat Barazangi in her pioneering work on hadith is following the path of early female thinkers of Islam, reclaiming women’s identity to Islam. The fresh approach found here shifts the traditional boundaries of authority known in the realm of Hadith. Woman’s Identity and Rethinking the Hadith is a must read for Muslim women today.'