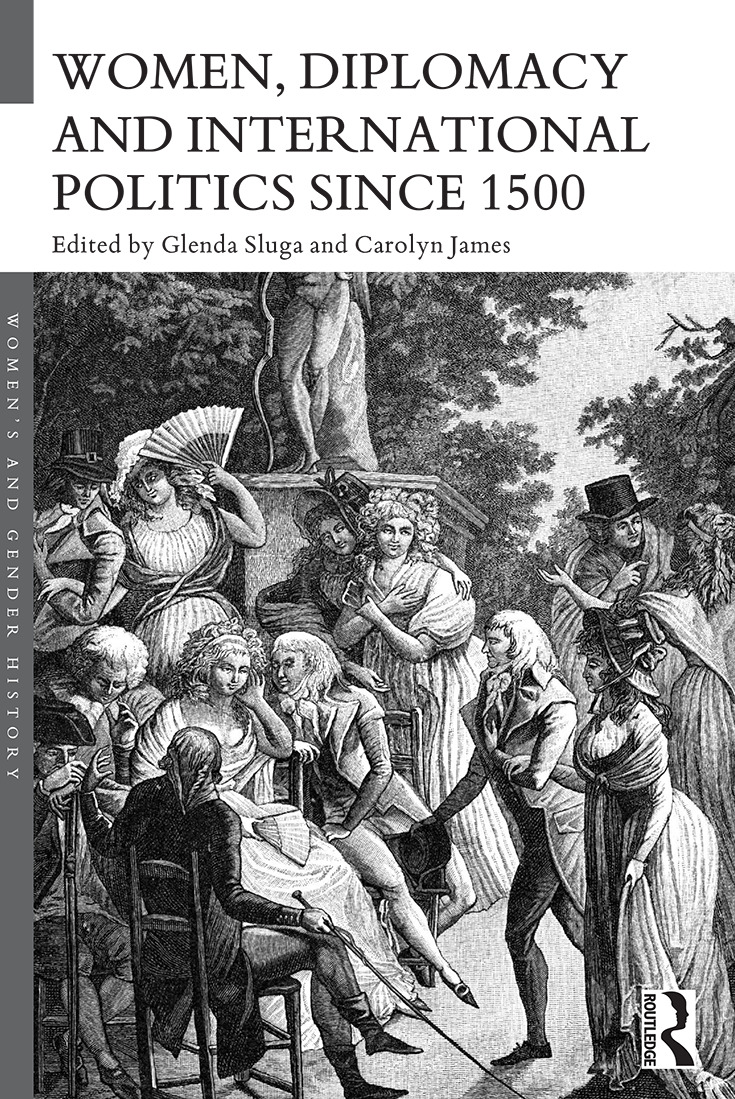 Women, Diplomacy and International Politics since 1500

Women, Diplomacy and International Politics since 1500 explores the role of women as agents of diplomacy in the trans-Atlantic world since the early modern age. Despite increasing evidence of their involvement in political life across the centuries, the core historical narrative of international politics remains notably depleted of women. This collection challenges this perspective.

Chapters cover a wide range of geographical contexts, including Europe, Russia, Britain and the United States, and trace the diversity of women’s activities and the significance of their contributions. Together these essays open up the field to include a broader interpretation of diplomatic work, such as the unofficial avenues of lobbying, negotiation and political representation that made women central diplomatic players in the salons, courts and boudoirs of Europe.

Through a selection of case studies, the book throws into new perspective the operations of political power in local and national domains, bridging and at times reconceptualising the relationship of the private to the public. Women, Diplomacy and International Politics since 1500 is essential reading for all those interested in the history of diplomacy and the rise of international politics over the past five centuries.

'Women, Diplomacy and International Politics since 1500 is gender history at its best. James and Sluga’s carefully edited collection brings together a range of highly skilled historians who have uncovered, or perhaps more precisely, recovered, the story of the power and influence of women diplomats across time and place. Through careful examination of the evidence, often found in unusual places, the chapters demonstrate women’s skill in negotiating high politics and their profound influence on course of diplomatic history – across the bounds of marriage, state and political expectations. The chapters are essential reading for anyone seeking to understand the path leading to contemporary international relations, and the central place of women’s agency as part of the journey.'

'Women, Diplomacy and International Politics since 1500 provides a fascinating historical analysis of the long-term presence of Western women in diplomatic roles. It convincingly counters the dominant historical narrative that asserts diplomacy as an exclusively masculine milieu. By examining women engaged in both official and "unofficial" diplomacy over a 500 year period, the book re-examines, redefines, and expands our understanding of the "diplomatic sphere".'

Glenda Sluga is Professor of International History at the University of Sydney and Australian Research Council Laureate Fellow. She has published widely on the cultural history of international relations, the history of European nationalisms, gender history, and the history of identity and difference. Her publications include Internationalism in the Age of Nationalism (2013), The Nation, Psychology and International Politics (2006), The Problem of Trieste and the Italo-Yugoslav Border (2001), and Gendering European History (2000).

Carolyn James is Cassamarca Associate Professor in the School of Philosophical, Historical and International Studies at Monash University. She is the author of two books on the 15th-century Italian literary figure, Giovanni Sabadino degli Arienti (1996 and 2002), a complete English translation and analysis of the late fourteenth century letters of Margherita Datini (co-authored with Antonio Pagliaro, 2012).

Recent years have witnessed a variety of challenges to the legitimacy of women's history, ranging from the deconstructions of French theory to the advent of 'gender' studies with its post-feminist implications. This series aims to re-establish women's history and to continue to challenge the assumptions of much mainstream history.