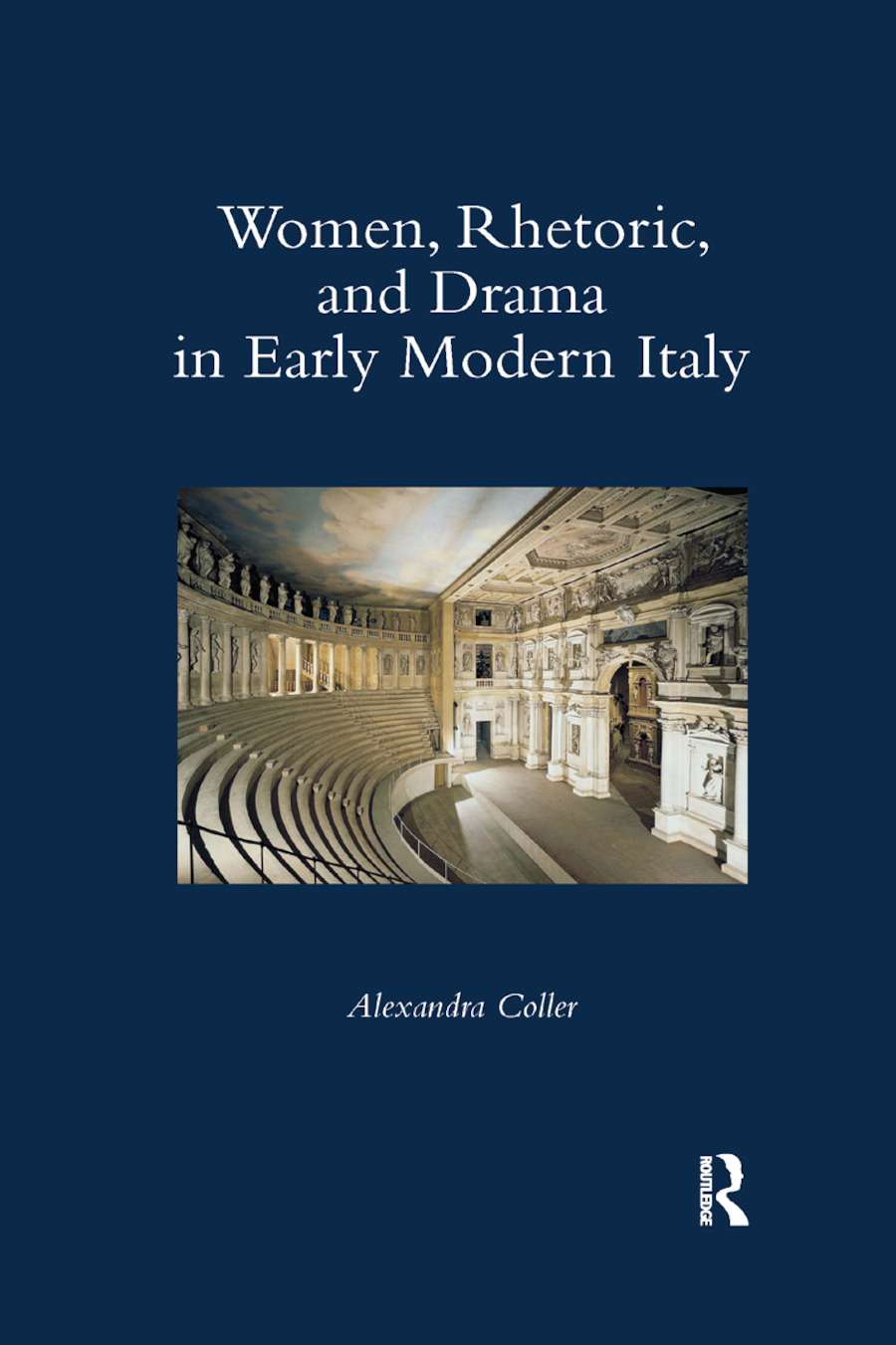 Sixteenth-century Italy witnessed the rebirth of comedy, tragedy, and tragicomedy in the pastoral mode. Traditionally, we think of comedy and tragedy as remakes of ancient models, and tragicomedy alone as the invention of the moderns. Women, Rhetoric, and Drama in Early Modern Italy suggests that all three genres were, in fact, remarkably new, if dramatists’ intriguingly sympathetic portrayals of and sustained investment in women as vibrant and dynamic characters of the early modern stage are taken into account. This study examines the role of rhetoric and gender in early modern Italian drama, in itself and in order to explore its complex interrelationship with the rise of women writers and the role women played in Italian culture and society, while at the same time demonstrating just how closely intertwined history, culture, and dramatic writing are. Author Alexandra Coller focuses on the scripted/erudite plays of the sixteenth and first half of the seventeenth centuries, which, she argues, are indispensable for a balanced view of the history of drama and its place within contemporary literary and women’s studies. As this book reveals, the ascendancy of comedy, tragedy, and tragicomedy in the vernacular seems to have been not only inextricably linked to but also dependent on the rise of women as prominent stage characters and, eventually, as authors in their own right.

Part I. Women as Protagonists in Male-Authored Drama: Comedy and Tragedy

Chapter 2:Fashioning a Genealogy: The Rhetoric of Friendship and FemaleVirtue in Italian Renaissance Tragedy

Chapter 4: Isabetta Coreglia’s Dori (1634): Writing Pastoral Drama Against the Backdrop of the Male Canon and an Incipient Female-Authored Tradition

Alexandra Coller is Associate Professor and Director of the Italian Program at Lehman College, City University of New York, USA.