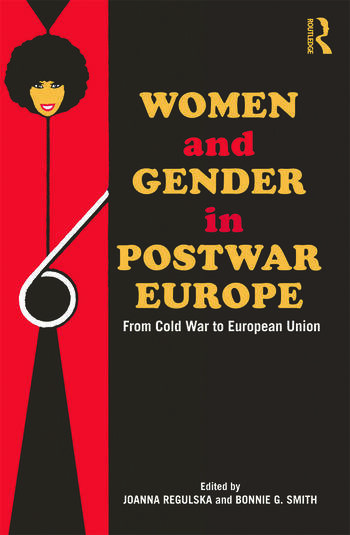 Women and Gender in Postwar Europe: From Cold War to European Union

Women and Gender in Postwar Europe charts the experiences of women across Europe from 1945 to the present day. Europe at the end of World War II was a sorry testimony to the human condition; awash in corpses, the infrastructure devastated, food and fuel in such short supply. From Soviet Union to the United Kingdom and Ireland the vast majority of citizens on whom survival depended, in the postwar years, were women. This book charts the involvement of women in postwar reconstruction through the Cold War and post Cold-War years with chapters on the economic, social, and political dynamism that characterized Europe from the 1950s onwards, and goes on to look at the woman’s place in a rebuilt Europe that was both more prosperous and as tension-filled as before.

The chapters both look at broad trends across both eastern and western Europe; such as the horrific aftermath of World War II, but also present individual case studies that illustrate those broad trends in the historical development of women’s lives and gender roles. The case studies show difference and diversity across Europe whilst also setting the experience of women in a particular country within the broader historical issues and trends, in such topics as work, professionalization, sexuality, consumerism, migration, and activism. The introduction and conclusion provide an overview that integrates the chapters into the more general history of this important period.

This will be an essential resource for students of women and gender studies and for post 1945 courses.

Joanna Regulska is a Professor of Women’s and Gender Studies and Geography and the Dean of International Programs, School for Arts and Sciences at Rutgers. Her publications include Women and Citizenship in Central and East Europe with Jasmina Lukic and Darja Zavirsek, (2006) and Cooperation or Conflict: State, the European Union and Women with M. Grabowska, M. Fuszara and J. Mizielinska (2008).

This fascinating volume invites us to think comparatively across the East-West divide about the women’s front in the Cold War. Featuring highly readable essays that will appeal to scholars and students alike, the collection analyzes key issues – jobs, health care, consumerism, and activism - that concerned European women from Moscow to London, Sarajevo to Amsterdam. As these gifted historians make clear, even within this chilly setting women found ways to promote peace, justice, women’s rights and the global expansion of civil society. - Jacqueline deVries, Augsburg College, USA

This collaborative project is a most welcome addition to the scholarship on European history in the twentieth century, as well as to gender history and the history of the Cold War... The volume is an excellent collection for undergraduate audiences. The introduction offers an elegant and brief overview of crucial moments and themes in the history of Europe over the period covered, followed by thematic chapters that both take apart and also reconstitute assumptions strongly held by previous scholars—all in engaging and relatively jargon-free language... For those who have been waiting for a sophisticated, yet user-friendly collection on gender and European history since 1945 that could constitute a solid starting point for a course on the same topic, this is the answer."

"The volume’s introduction and conclusion frame the book well, providing some larger-picture context for the chapters... The individual chapters likewise provide fascinating and informative glimpses into a wide range of countries and topics, examining them under a gender lens. Scholars of the Cold War, of Europe, and of gender studies would all stand to gain from reading this diverse, detailed, and insightful work."