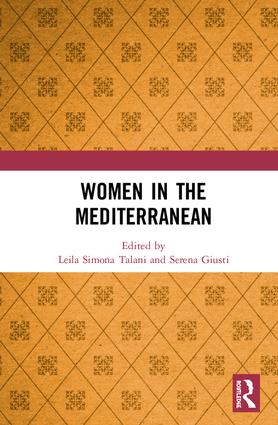 Women in the Mediterranean

The book addresses the challenges faced by women on the two shores of the Mediterranean from a multidisciplinary and interdisciplinary perspective. While in the European Union’s (EU) Mediterranean countries inequality is mostly linked to the social sphere and, in particular refers to labour market dynamics, in the Middle East and Northern Africa (MENA) area, the situation is more complicated as the social and private spheres are blended and cultural and religious factors have a great impact on women autonomy and opportunities beyond the family perimeter. The different challenges women are facing on the two sides of the Mediterranean have sometimes originated incomprehension and misperceptions. Western-supported policies devoted to fill the gap between men and women in the MENA area have overlooked countries’ peculiarities simply exporting models tailored for EU’s member states. The EU’s attempts to strengthen relations with the Mediterranean countries on a multilevel basis have not rescued women from marginalisation. Nevertheless, during the 2011 awakening, women played an important role in activating civil society. They are still considered as a key part of the fight against terrorism and radicalisation, although in some countries their condition has worsened after secular regimes have been downturned. The number of migrant women has increased and, not differently from men, they are looking for opportunities and better conditions of life while Western media tend to present them in a stereotyped way either as traumatized victim and/or as caring mother. There are other misleading common places, which need to be better conceptualised and understood, such as the alleged incompatibility between Islam and women rights. Unfortunately, women’s rights are still under attack even in European countries where they are considered consolidated.

The chapters in this book were originally published in a special issue of the Journal of the Balkans and Near Eastern Studies.

Introduction: Women in the Mediterranean: Still Discriminated Against?

1. Islamic Feminism(s) in the Mediterranean Area: a Hermeneutical Approach

4. Gender Mainstreaming towards the Mediterranean: the Case of the ENP

5. Representations of Gendered Mobility and the Tragic Border Regime in the Mediterranean

6. Back to Basics: Stateless Women and Children in Greece

7. The Conflict between Education and Female Labour in Turkey: Understanding Turkey’s Non-compliance with the U-shape Hypothesis

is Assistant Professor of International Relations and Foreign Policy Analysis at Sant’Anna School of Advanced Studies, Pisa, Italy, where she coordinates the Research Group on Eastern Europe, Russia and Eurasia. She is a Senior Research Fellow, Eastern Europe and Russia Programme, at the Italian Institute for International Political Studies (ISPI) in Milan, Italy. She is member of the OSCE Reflection Group on European Security – Challenges at the Societal Level and of Women in International Security-Italy. She has extensively published (articles and volumes) on the accession of Central and Eastern European countries to the European Union (EU), on European security and defence policy, on the EU’s neighbourhood policy.