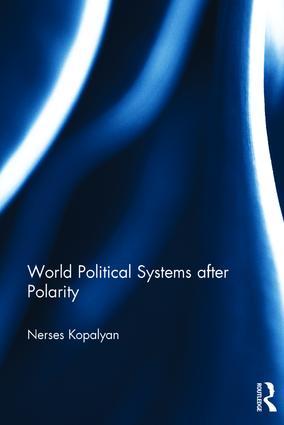 What will the current global political order look like when American unipolarity ends? Historically, the power configurations of world political systems have been defined by four structures: multipolarity, tripolarity, bipolarity, and unipolarity. These concepts inform both the formulation and the analysis of short-term policies and long-term, grand strategies of powerful actors in the world political order and may be of profound importance to the future peace and stability of the global system.

The concept of nonpolarity, however, has never been addressed as a possible or a potential structural formulation in the nomenclature of global political systems. This book provides a coherent conceptualization of nonpolarity and how diplomacy will operate in a more collective age, and fits into the ongoing discussion about the nature of the political world order as we approach the end of the "American century."

"In this excellent book, Nerses Kopalyanoffers a rich analysis of polarity in historical and contemporary international systems. His findings challenge many of the assumptions deeply held in international relations theory, in particular on the inevitability of polarity and balance of power. He shows quite convincingly that world history from different civilizations contain examples of diverse kinds of power structures including non-polar formulations. A valuable addition to scholarship on a neglected topic, one that moves away from Western-centrism in IR theory." - T.V. Paul, James McGill Professor of International Relations, McGill University, Canada

Chapter 2 Between The Conceptual and The Methodological

Chapter 3 Between The Conceptual and The Analytical:

Chapter 10 After Polarity: Findings and Aftermath

Nerses Kopalyan, Ph.D., is an assistant professor-in-residence of Political Science at the University of Nevada, Las Vegas. His fields of specialization include international relations, political theory, and philosophy of science. He has conducted extensive research on analytic philosophy, feminist theory, theories of war, political violence, and paradigm building. He is the coauthor of Sex, Power, and Politics (2016).