Writing, Reading, and Understanding in Modern Health Sciences
Medical Articles and Other Forms of Communication

Writing, Reading, and Understanding in Modern Health Sciences: Medical Articles and Other Forms of Communication

Medical articles are one of the main vehicles of knowledge translation and evidence communication in the health sciences. Their correct structure and style alone are no longer enough to convey a clear understanding of the intended message. Readers must be able to understand the very essence of the article message. That is the purpose of this book.

Writing, Reading, and Understanding in Modern Health Sciences: Medical Articles and Other Forms of Communication will help the authors of medical articles communicate more effectively in today's practice and health research environment. It explores the most effective practices for communicating using three main medical literature formats: through scientific articles, articles where the subject is not based on the practice of the scientific method, and business reports.

Describing how to think beyond the prevailing IMRAD article format, this book focuses on the nature, content, domains of thought, and meanings of medical articles. The ideas and underlying propositions in this book are complementary to specific requirements appropriate for each type of medical journal. After reading this book you will better understand:

Supplying you with the understanding required to write more effective medical articles, the book includes details about essay-type articles, research-based articles, thesis as introduction sections, definitions as part of the material and methods sections, modern argumentation and critical thinking underlying results and their discussion and conclusions about them. It also examines qualitative research and case study methodologies from other domains.

A must-read for all writers, readers, and users of medical articles, this book supplies the tools you need to write compelling medical reports that can help to improve the practice, research, and quality of healthcare at all levels.

Essays as Communication Tools
Introduction
General Types of Essays
Nature and Purpose of Essays
Structure of Essays
Health Sciences Essays as an Exercise in Rhetoric: An Argumentative/Persuasive Essay
Let Us Conclude
References

Research-Based Medical Article: Writing What Is Considered the Most Important Type of Written Medical Article
Introduction
The IMRAD Format
Overview of the IMRAD Format
Comments on Additional IMRAD Elements
IMRAD Preceding Entities: Identifications
IMRAD Following Entities: Contextual and Collateral Information that Follows the IMRAD Core of the Article 2.3 Lab Report Format
Thinking Beyond Editorial Expectations for Structure, Language, and Style: The Scientific Method behind Research and Ensuing Medical Articles
Steps of the Scientific Method
The Business Method and Format: Medical Article as a Business Report
Qualitative Research-Based and Case Studies-Based Articles and Their Format
Conclusions: Back to the Article as a Communication Tool
References

Thesis: A Key Feature of the Medical Article "Introduction"—Seven Cornerstones for Reporting a Research-Based Study
Introduction
Our Thesis of This Chapter
Article in Health Sciences as an Argumentative Path
Research Thesis and Its Seven Cornerstones that Define Both Research and the Presentation of Its Results as a Written or Oral Communication
Seven Cornerstones of Research Paper Design and Development
Research Problem or Topic of Interest: "About What Do We Wish to Talk?"
Critically Appraised Best Evidence Available: "Where Are We Now?"
Objectives of a Research Study: "Why Do We Do All This and What Do We Want to Achieve?"
Research Hypothesis: "What Is Our Idea about the Nature of the Problem to Be Elucidated?"
Research Question as a Formulation of the Research Problem: "What Is Then an Answerable Question about Our Hypothesized Problem?"
Definitions Used: The Essence of Understanding: "How Do We Delineate the Meaning of Everything We Are Using and Working with?"
Context and Setting of the Study: "What Is the Reality of All Happenings in Which the Study Is Valid?"
Let Us Conclude
References

Reporting Research Critically and the Argumentative Way: A Key Feature of the "Results" and "Discussion" Sections of a Medical Article
Introduction
A Thesis for This Essay-Type Chapter?
What Exactly Is Critical Thinking in Medicine?
Do We Argue in Medicine?
A Word about Argumentation and Argument in Medicine as an Exercise in Critical Thinking
IMRAD Structure, Format and Content
The "Modern" Argument and Its Building Blocks
Hence, Does All of This Fit the IMRAD Format?
Let Us Conclude
Some Recommendations to Authors and Readers of Articles in Health Sciences
References

Milos Jenicek, MD, PhD, LMCC, FRCPC, CSPQ, is currently a professor (part-time) in the Department of Clinical Epidemiology and Biostatistics, Faculty of Health Sciences, McMaster University, Hamilton, Ontario, Canada. He also is professor emeritus at the Université de Montréal, Québec, Canada. In 2009, he was elected Fellow of The Royal Society of Medicine, London.

Dr. Jenicek has contributed to the evolution of epidemiology as a general method of reasoning and decision making in medicine. Supported by the Université de Montréal, he undertook in the 1970s short sabbaticals and study visits to Harvard, Johns Hopkins, Yale, Tufts, North Carolina at Chapel Hill, and Uniformed Services at Bethesda, Maryland, Universities to further enhance his teaching and research in this direction. Later on, academic, governmental, and professional institutions in Western Europe, North Africa and on the Pacific Rim also have benefitted from his lecturing, professional expertise, visiting professorships and other professional initiatives.

During his term as acting chairman of the Department of Social and Preventive Medicine, Université de Montréal (1988–1989), he established a Clinical Epidemiology teaching program at the graduate level at the university; his core course also being part of a similar program at McGill University, where he also was an adjunct professor at that time. Until 1991, he was a member of the Board of Examiners of the Medical Council of Canada (Committee on Preventive Medicine). In 2000, he was invited by Kuwait University to act as an external examiner of their graduating medical students.

In addition to numerous scientific papers and other collaborations with leading medical journals, Dr. Jenicek has published 14 textbooks that reflect his national and international initiatives.

His current interests include the development of methodologies and applications of logic, critical thinking, decision making and communication in health sciences; enhancement of evidence-based medicine and evidence-based public health; health policies and program evaluations; and decision-oriented (bedside) clinical research. 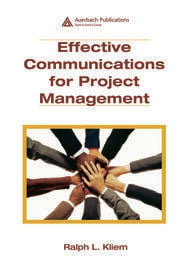