Young People in the Labour Market
Past, Present, Future 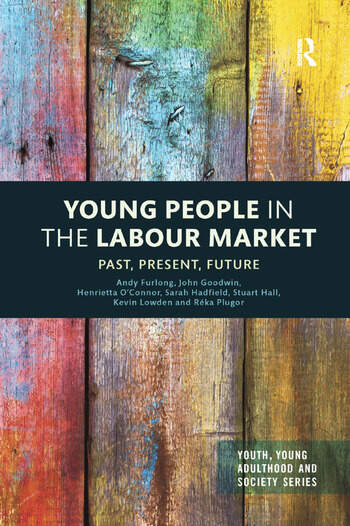 Young People in the Labour Market: Past, Present, Future

Levels of suffering among young people have always been much higher than governments suggest. Indeed, policies aimed at young workers have often been framed in ways that help secure conformity to a new employment landscape in which traditional securities have been progressively removed. Increasingly punitive welfare regimes have resulted in new hardships, especially among young women and those living in depressed labour markets.

Framed by the ideas of Norbert Elias, Young People in the Labour Market challenges the idea that changing economic landscapes have given birth to a ‘Precariat’ and argues that labour insecurity is more deep-rooted and complex than others have suggested. Focusing on young people and the ways in which their working lives have changed between the 1980s recession and the Great Recession of 2008/2009 and its immediate aftermath, the book begins by drawing attention to trends already emerging in the preceding two decades.

Drawing on data originally collected during the 1980s recession and comparing it to contemporary data drawn from the UK Household Longitudinal Study, the book explores the ways in which young people have adjusted to the changes, arguing that life satisfaction and optimism are linked to labour market conditions.

A timely volume, this book will be of interest to undergraduate and postgraduate students, as well as postdoctoral researchers who are interested in fields such as Sociology, Social Policy, Management and Youth Studies.

Looking back in order to look forward

From the ‘golden age’ to neo-liberalism

The great transformation and the punitive turn

Towards a new normality: Work and unemployment in contemporary Britain

The age of liminality

Towards a post-liminal labour market

Is it inevitable that young people have to carry these costs of social change?

John Goodwin is a Professor of Sociology at the University of Leicester.

is a Professor of Sociology at the University of Leicester.

is a Senior Researcher in the Robert Owen Centre for Educational Change at the University of Glasgow.

is a Senior Researcher in the Robert Owen Centre for Educational Change at the University of Glasgow.

works as a Researcher at the University of Leicester.

Some of these authors have been holding the flame for youth studies for the last thirty years. Here, in a new must-read book analysing changes over that time, they show how vulnerable youth should no longer be regarded as a generation ‘lost’ to the labour market. Instead, they are now a ‘liminal’ generation in the labour market, caught betwixt and between by precarious employment.

An ambitious contribution that will shape how we understand the worlds of work of young people. From YOPs and YTSs in the 1980s to zero-hours contracts in the contemporary post-‘great recession’ UK marked by youth unemployment, underemployment and economic instability, Furlong et al. unpack the alternatives to long-term full-time employment that have been available to young people. Their empirically-grounded analysis of change, and continuities, in the labour market offers a critical engagement with the influential notion of ‘precariat’. They develop instead a new model, with three ‘zones of (in)security’, to provide a more nuanced theoretical approach to the diverse working lives of young people.