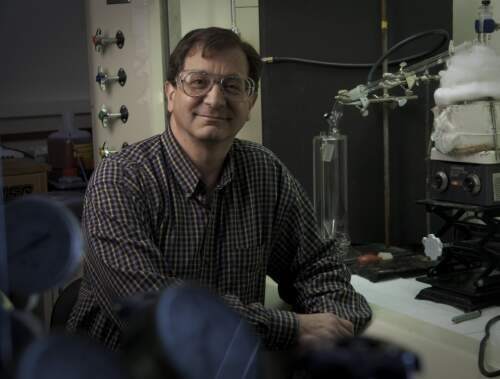 Thomas J. Bruno, Ph.D., is currently Leader of the Experimental Properties of Fluids Group of the Thermophysical Properties Division at NIST in Boulder, Colorado. He received his B.S. in chemistry from the Polytechnic Institute of Brooklyn in 1976, and his M.S. and Ph.D. in physical chemistry from Georgetown University in 1978 and 1981, respectively. Dr. Bruno has done research on properties of fuel mixtures, explosives, reacting fluids, and environmental pollutants. He is also involved in res

Dr. Bruno leads the Experimental Properties of Fluids Group of the Thermophysical Properties Division at NIST, Boulder.  Dr. Bruno received his B.S. in chemistry from the Polytechnic Institute of Brooklyn (1976), and his M.S. and Ph.D. in physical chemistry from Georgetown University (1978, 1981).  He served as a National Academy of Sciences-National Research Council postdoctoral associate at NIST, and was later appointed to the staff.  He has done research on properties of fuel mixtures, explosives, reacting fluids, and environmental pollutants. He is also involved in research on supercritical fluid extraction and chromatography of bioproducts, the development of novel analytical methods for environmental contaminants, novel detection devices for chromatography, and he manages the division analytical chemistry laboratory.  In his research areas, he has published nearly 220 research papers, 7 books, and has been awarded 7 patents.   One of his books, Handbook of Basic Tables for Chemical Analysis, is the 5th best- selling book in analytical chemistry. In addition, he was chairman of the Board of Trustees of the Mamie Doud Eisenhower Library (http://www.broomfield.org/library/) for nine years.  In his spare time, he is an avid and accomplished woodworker, and has hand-built all the furniture in his house.

Dr. Bruno has been a leader in the area of fuel characterization throughout his 30 years at NIST.  He initially worked on gaseous mixtures of hydrogen and hydrocarbons and natural gas constituents, developing a direct measurement of hydrogen fugacity.  He and his colleagues developed approaches to study the thermophysical properties of chemically reacting fluids (primarily fuel related), an activity that has continued to the present, with decomposition  kinetics measurements on modern fuels.  Interestingly, this work resulted in the development of one of the world's longest Arrhenius plots (spanning 11 orders of magnitude) for the thermal decomposition of the rocket propellant, RP-1.  Most recently, he introduced the advanced distillation curve (ADC) approach for the characterization of complex fluids (primarily fuels).  This method links thermodynamically consistent boiling temperatures to fluid composition, thus providing a theoretically meaningful basis on which to model fuel volatility.  The method is used in numerous labs worldwide, and the essential components have been commercialized.  To view a brief movie about this method, visit: http://www.nist.gov/public_affairs/techbeat/tb2008_0610.htm#crude).

The importance of trace constituents on the overall properties of complex fluids (such as fuels, bioproducts, etc.) is well understood.  The contamination the natural gas pipelines with traces of polychlorinated biphenyls (PCBs) was recognized two decades ago, and the effect of PCBs on mixture properties were critical to design separation methods.  Dr. Bruno and his colleagues developed the first concatenated approach to vapor pressure measurement, to rapidly characterize the 209 PCB congeners. This has lead to the 18-station instruments that we use today.  Related to PCB analyses are our developments of surface energetics measurements.  Beginning with the PCBs, we have developed metrology to measure interaction energies of trace fluids on surfaces.  Our Group's extensive work with alternative refrigerants required the development of many trace constituent analytical procedures, standard data and databases.  This work played an important role in the effective development of many of the thermodynamic and transport property models that have been released.  In the area of bioproducts separation, Dr. Bruno and his colleagues made extensive use of supercritical fluid and alternative solvents (including alternative refrigerants) for extraction, resulting in many measurement methods and model development.  He introduced Sepsol (separator/solvator) to simplify extraction and solute stabilization.

The chemical analysis of condensed phase constituents can often be simplified by measuring them in the vapor space above their bulk, a concept called headspace analysis.  The method has come a long way since the earliest purge and trap methods were introduced.  Dr. Bruno recently introduced a new approach to headspace sampling: PLOT cryoadsorption.  This method uses a porous layer of sorbent in a capillary column as the trap.  He and his colleagues have shown that quantitative measurements can be obtained (with an uncertainty of 10 %) from a matrix with 10 ppb of the target solute, and a qualitative measurement with only 2 ppb.  They have applied the method to energetic materials, food spoilage and the location of illegally buried corpses.

Energy Science and Technology
Properties of liquid and gaseous fuels 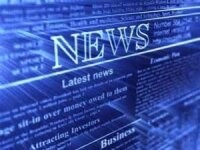 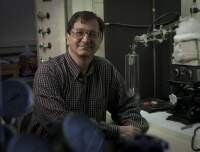 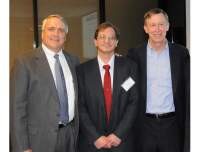 Dr. Bruno with the Advanced Distillation Curve approach that he developed for the characterization of alternative fuels.