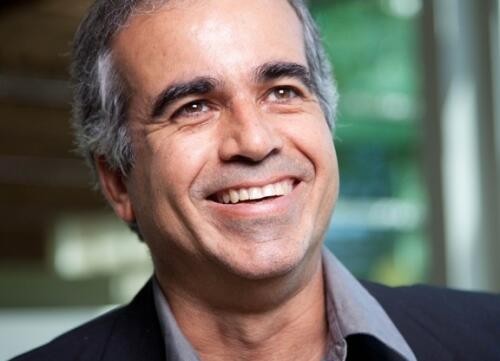 Architects have an ethical responsibility towards people and the environment. My activities as a researcher, architect and teacher have been oriented towards understanding this relationship and advancing it in different areas. Practice, research and teaching are all interconnected. I do research, which I report in publications, I teach at all levels and in my practice implement new concepts in buildings which allows me to acquire more experience that then enriches teaching and research,

Pablo La Roche is professor of architecture at California State Polytechnic University and Associate Vice President & Sustainable Design Leader at CallisonRTKL. Dr. La Roche has more than 25 years of experience in professional practice, designing and implementing sustainable, low carbon strategies in multiple projects of all sizes. La Roche obtained an architecture and a Master’s of Science degree at Universidad del Zulia, Venezuela and a PhD at the University of California, Los Angeles. His research interests include passive cooling systems, green roofs, low-energy, and low carbon architecture and has been funded by the California Energy Commission, the US Environmental Protection Agency, the University of California Los Angeles, and Cal Poly Pomona University, publishing more than 130 papers on these topics in conferences and technical journals. From 1994 to 1998 he was Associate Editor of the most important Architecture Journal in Venezuela, Tecnología y Construcción, and is member of the International Advisory Board of the Journal Informes de la Construccion published by the Torrojas Institute in Madrid, Spain. He has been a guest lecturer around the world, a member of architecture competition juries, and a technical reviewer and session chair in international events and conferences for the American Institute of Architects (AIA), the Passive and Low Energy Architecture Association (PLEA), Architectural Research Centers Consortium (ARCC), U.S. Green Building Council (USGBC), and American Solar Energy Society (ASES) conferences. In 2013 he co-chaired the BESS SB13 conference in Cal Poly Pomona California, part of the regional Sustainable Building Conferences and in 2016 he chaired the Passive Low Energy Architecture PLEA conference in Los Angeles. Dr La Roche is a member of the International Advisory board of PLEA 2017 and PLEA 2018 conferences in Edinburgh and Hong Kong. He was also president of the Society of Building Science Educators (SBSE) and Chair of the solar buildings division of the American Solar Energy Society (ASES). La Roche co-authored the book Keeping Cool: Guidelines to Avoid Overheating in Buildings, published by PLEA in 2001, and authored Carbon Neutral Architectural Design published by CRC Press / Taylor & Francis in December 2011 with a second edition in 2017. La Roche is a registered architect in Venezuela, and an associate AIA in the United States. He is also accredited as a Leadership in Energy and Environmental Design (LEED) BD+C professional by the U.S. Green Building Council. Among his awards are the Fulbright Fellowship in 1998 by the United States Department of State and the Chancellors Fellowship by the University of California Los Angeles also in 1998.  He received the Volunteer IMPACT Award from the USGBC and the EDUCATE Prize in Europe, both in 2012, the National Council of Architectural Registration Boards (NCARB) Grand Prize for the department of Architecture at Cal Poly Pomona in 2008 and selected for the exhibit “New Blood: Next Gen” in the A+D Architectural Museum in Los Angeles, California in 2006. La Roche was co-Curator of the exhibit “Technology and Environment: The Postwar House in Southern California”, supported by the Getty as part of the series Pacific Standard Time in 2013. His architecture projects have been published or received awards in the United States, Venezuela, Mexico, and Spain and his students have also received multiple awards in architecture competitions over the years. His 4th year architectural design studio was selected for the 2030 Curriculum Project as one of seven Innovative Courses in the 2016-2017 Academic Year. 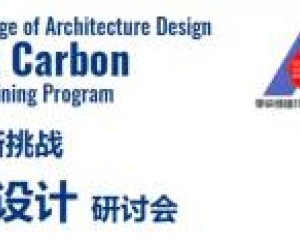 The China ZNC Professional Training Program organized by Architecture 2030 will be the first ever to prepare architects, building sector professionals, and future trainers from all parts of China in the design of Zero Net Carbon buildings and developments.

Architecture 2030 is headquartered in Santa Fe, New Mexico State in the United States, with another office in Seattle, Washington State. Please visit our website at www.architecture2030.org for further information.

What's next for Green Buildings

Talking about the future of green buildings

The Case for Hope: Design and Climate Change