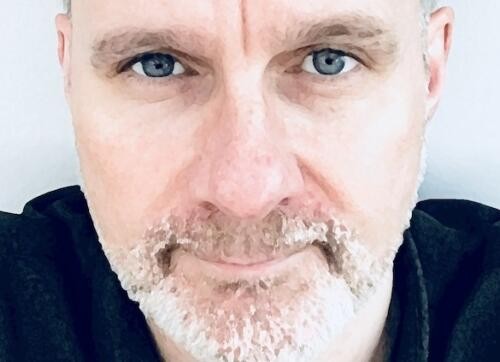 Fergus McNeill is Professor of Criminology & Social Work at the University of Glasgow. Prior to becoming an academic in 1998, he worked for 10 years in residential drug rehabilitation and as a criminal justice social worker. His research and writing explore institutions, cultures and practices of punishment and rehabilitation, especially in the community.

Fergus McNeill is Professor of Criminology and Social Work at the University of Glasgow where he works in the Scottish Centre for Crime and Justice Research and in Sociology. Prior to becoming an academic in 1998, Fergus worked for a number of years in residential drug rehabilitation and as a criminal justice social worker.

His many research projects and publications have examined institutions, cultures and practices of punishment and rehabilitation – and questions about their reform. He recently led a pioneering ESRC funded project, ‘Discovering Desistance’, which developed dialogue between academics, practitioners and ex-offenders about how criminal justice can better support people to leave crime behind and influenced policy and practice development in many countries. Between 2012 and 2016, he chaired an EU funded research network on ‘Offender Supervision in Europe’ which involved about 80 researchers from across 23 jurisdictions.

As well as researching, teaching and writing, Fergus has been involved in providing consultancy advice and support to governments and criminal justice organizations in many jurisdictions around the world. Between 2011-2014, he was appointed by the Cabinet Secretary as Chair of the Scottish Advisory Panel on Offender Rehabilitation. He is a Trustee, Council or Board Member of several charities including Faith in Communities Scotland, the Scottish Association for the Study of Offending and Vox Liminis. He also served recently as a member of the Poverty Truth Commission and is the current Chair of the Howard League for Penal Reform’s Research Advisory Group.

Fergus has co-written or co-edited several books including Offender Supervision: New Directions in Theory, Research and Practice, Offender Supervision in Europe, Reducing Reoffending: Social Work and Community Justice in Scotland, Understanding Penal Practice and Youth Offending and Youth Justice. His most recent books include Community Punishment: European Perspectives (co-edited with Gwen Robinson), published by Routledge in 2015; Probation: 12 essential questions (co-edited with Ioan Durnescu and Rene Butter), published by Palgrave in 2016; and Beyond the Risk Paradigm in Criminal Justice (co-edited with Chris Trotter and Gill McIvor), published by Palgrave in 2016.