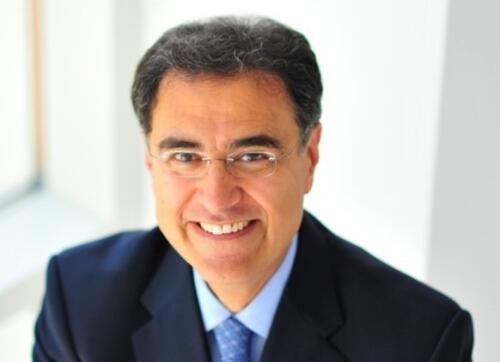 Dr. Ayyub is the Director of the Center for Technology and Systems Management at the University of Maryland. He is also a Professor of Civil and Environmental Engineering since 1983, of Reliability Engineering, and of Applied Mathematics and Scientific Computation. Dr. Ayyub is the author and co-author of more than 600 publications (including 8 textbooks and 14 edited books) in journals, conference proceedings, and reports.

Dr. Ayyub is also a Professor of Reliability Engineering since 1985; Professor of Applied Mathematics and Scientific Computation since 2009; Consulting Professor at the U. S. Navy from 1993 to 2001; board member of several research and development companies and non-profit organizations. He completed his PhD degree from the Georgia Institute of Technology, Atlanta in 1983, MSCE degree from the Georgia Institute of Technology in 1981, and BSCE from the University of Kuwait in 1980.

Dr. Ayyub is a fellow of the American Society of Civil Engineers (ASCE), the American Society of Mechanical Engineers (ASME), the Society of Naval Architects and Marine Engineers (SNAME), the Society for Risk Analysis (SRA), and a senior member of the Institute of Electrical and Electronics Engineers (IEEE). Dr. Ayyub served on the editorial board of the J. Ship Research, Risk Analysis, and Naval Engineers J. (NEJ), and served as the editor of NEJ. Presently, he is the editor-in-chief of the ASCE-ASME J. of Risk and Uncertainty in Engineering Systems.  Dr. Ayyub completed many research and development projects for governmental and private entities, including the National Science Foundation, the U.S. Air Force, Coast Guard, Army Corps of Engineers, Navy, Defense Advanced Research Projects Agency, Department of Homeland Security, the Maryland State Highway Administration, NTSB, CERF, ABYC, ASME, NATO, and several leading insurance and multinational corporations worldwide, such as Chevron, Hartford, Bechtel, CSC, SAIC, ABS IMF, Fleet Technology, and Martec Limited.

Dr. Ayyub is the recipient of several awards including the ASCE Outstanding Research-Oriented Paper in the Journal of Water Resources Planning and Management for 1987, the ASCE Edmund Friedman Award in 1989, the ASCE Walter Huber Research Prize in 1997, the ASNE Jimmie Hamilton Award for the best paper in the Naval Engineers Journal (NEJ) in 1985, 1992, 2000 and 2003 (the only multiple recipient of the award), and the K. S. Fu Award of NAFIPS in 1995. He also received the Department of the Army Commander’s Award for Public Service in 2007 for leading the development of the risk model for the hurricane protection system of New Orleans (this award for Public Service is the fourth highest honor the United States Department of the Army can bestow upon a civilian.) Dr. Ayyub received the 2009 ASME Safety Engineering and Risk Analysis Division (SERAD.) He serves on the State of Maryland Governor’s Emergency Management Advisory Council since 2011.