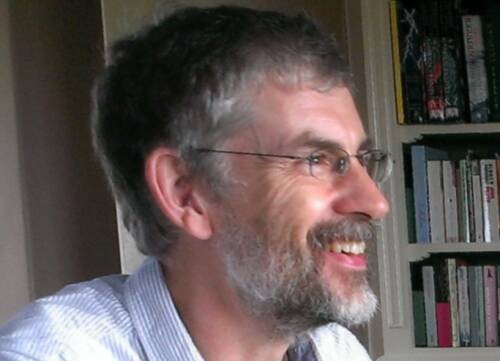 After a BA in engineering from Cambridge University, Paul worked in engineering consultancy, took the M.Sc in soil mechanics at Imperial College, and then worked on the development of Tensar soil reinforcement. In 1990 he moved to the University of Bath, where he has been deputy head of department since 2009. In 2010, he was awarded the Institution of Civil Engineers John Mitchell Medal for his research on dry stone retaining walls within the BRE Centre for Innovative Construction Materials.

Paul McCombie is a Senior Lecturer in Geotechnical Engineering, and Deputy Head of the Department of Architecture and Civil Engineering. As well as geotechnical engineering, he has taught geology, surveying and interdisciplinary design at Bath since 1990.

Paul McCombie graduated with a class 2.2 BA in Engineering from Cambridge University in 1981. After three years working for Brian Colquhoun and Partners (BCP), mostly on the design of geotechnical aspects of major road schemes, he read for a MSc in Soil Mechanics at Imperial College. After a further spell at BCP, he joined Netlon Limited (now Tensar International) working on the development of reinforced soil.

At the start of 1990, Paul was appointed as a lecturer at Bath by Ted Happold and Michael Brawne, and took over all of the geotechnical engineering teaching. Paul was Director of Studies for the civil engineering programmes from 1995 to 1998 and from 2001 to 2005, and worked closely with Professor Mike Barnes to take the courses through an important period of transition to national eminence. Paul served as Head of Civil Engineering from 2007 to 2010, and has been Deputy Head of Department since 2009.


Paul McCombie’s research is in the field of geotechnical engineering. He has developed his own method for slope stability analysis which is based upon the modern concept of displacements and mobilisable strength, and has tied this in with his earlier work on the use of genetic algorithms. In addition to this work, which has had a global influence, he has played a key role in the BRE CICM team working on drystone retaining walls. This work has attracted wide interest, and was recognised with the award of the Institution of Civil Engineers John Mitchell Medal in 2010 (with Dr Andrew Heath, Dr Chris Mundell, Claire Bailey and Professor Peter Walker).