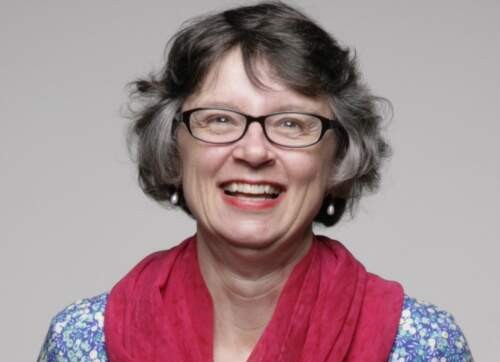 Professor, English and Women's and Gender Studies
The University of Texas at Austin

A native of Canada, I got my PhD from Cornell University (1991). My research and teaching interests include 18th-century British, Irish and American literatures, feminism, LGBTQ studies, and literary form, especially poetry and the novel. I’m the author of Sister Arts: The Erotics of Lesbian Landscapes (Minnesota, 2011; Lambda Literary Award), and Dangerous Intimacies: Toward a Sapphic History of the British Novel (Duke, 1997). The Collected Poems of Anna Seward appeared in 2015 from Routledg

Lisa L. Moore, Professor of English and Women’s and Gender Studies at the University of Texas at Austin, is the author of Sister Arts: The Erotics of Lesbian Landscapes (Minnesota, 2011), which won the Lambda Literary Award and was a finalist for the Publishers' Triangle Award.  She also wrote Dangerous Intimacies: Toward a Sapphic History of the British Novel (Duke, 1997), and is the is the co-editor of Experiments in a Jazz Aesthetic: Art, Activism, Academia, and the Austin Project (Texas, 2010) and Transatlantic Feminisms in the Age of Revolutions (Oxford, 2011), which was selected as a 2012 Choice Outstanding Academic Book of the Year.  Her articles have appeared in journals including GLQ, Eighteenth-Century Studies, Feminist Studies, Cultural Critique, and Textual Practice.  Her poems have been published  in Tinderbox Poetry Journal, Anchor Magazine, White Wall Review, Rusty Toque, Sinister Wisdom, and others, and she won the 2012 Museum of Fine Arts-Houston Art/Lines Juried Poetry Competition.  Professor Moore is a contributor to the Poetry section at the Los Angeles Review of Books and to The Women’s Review of Books.  Her edition, The Collected Poems of Anna Seward, appeared in 2015 from Pickering and Chatto.