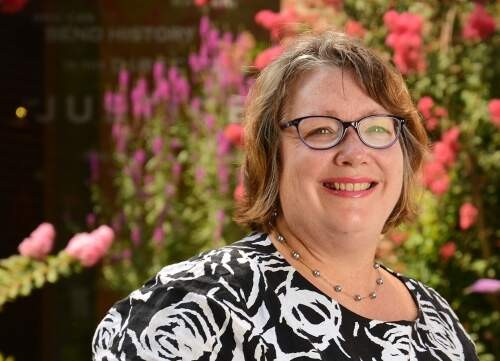 The topics of social justice and equal rights have dominated my writing and thinking since I have been an undergraduate. History, sadly, repeats itself, as evidenced by the continuing discussions on immigration and the existence of enslavement throughout parts of our world. I study mostly average people and better known individuals who advocate beauty, peace, equality, love, and respect, even if done imperfectly. These stories can inspire students as they find their place in the world.

Sue Kozel (MA, History, NYU; MA, Labor Relations, Rutgers University; BA, History and Labor Studies, Livingston College/Rutgers) presently serves as an adjunct history professor at several NJ colleges including Kean University, and senior adjunct Mercer County Community College and Burlington County College. Ms. Kozel’s primary areas of research include NJ Quakers, enslavement, and abolition movements. She has published several scholarly articles on NJ history; and most recently (together with Maurice Jackson of Georgetown University) co-edited the book Quakers and Their Allies in the Abolitionist Cause, 1754-1808, released in Europe in July, 2015, and released in the US in September, 2015. Ms. Kozel also authored a chapter for the book that focuses on NJ Quaker, Richard Waln, and his abolitionist activities in the state, and co-wrote the introduction with Maurice Jackson.


Her next project is focusing on Jefferson and the Quakers.  She has extensive secondary sources in which scholars did or did not discuss Jefferson's interactions with Quakers in business, philosophical societies, religious liberty, as traitors to the American cause or being pro-English during the American Revolution, and/or on questions of enslavement or abolition.  Now, she is sifting through Jefferson's correspondence to or from Quakers with select primary document writings of Quakers that addressed ideas about life, liberty, property, and happiness for which Jefferson is known.  The writing by Peter Onuf , Annette Gordon-Reed, Lucia Stanton, Ari, Helo, John Hope Franklin, Nicholas E. Magnis, Maurice Jackson, Madison Hemings, and Thomas Jefferson himself have influenced Ms. Kozel's thinking about the value and meaning of equality in the Atlantic world.  Similarly, the writing of Quakers John Woolman, Samuel Allinson, Richard Waln, Nicholas Waln, Lucretia Mott, and Anthony Benezet  have outlined the expressions and limitations of ideas of freedom and equality from the late 18th century - 19th century. Ms. Kozel hopes to join the world-wide dialogue on the meaning of 18th century liberty and freedom in revisiting the Jeffersonian meaning of equality as Jefferson became engaged with or ignored Quaker positions on commerce, citizenship, race, religious tolerance, abolition, science/philosophy, and human rights.

There are beautiful moments in history that touch the human heart with generosity, self-sacrifice, advocacy for rights for people who are termed as the "other", and those stories inspire me, and I hope they inspire students.

Ms. Kozel worked with local high school students on the "Vanishing Vistas Project" in Upper Freehold, NJ to document the disappearing historic sites and vistas in the township due to development pressures.  She also served as vice chair for a local committee that created a scenic historic byway for her current hometown.  She is married for nearly 34 years to her husband, Chris, and lives what she terms "a happy life."