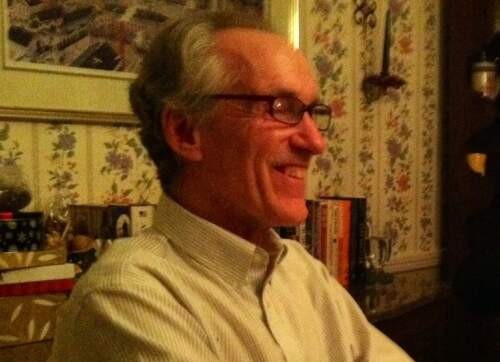 Roger Clark is a passionate, award winning teacher. He has taught sociology for 35 years at Rhode Island College. He has coauthored 35 published papers with about 40 students, primarily undergraduates, out of a belief that teaching and learning are most satisfying when pursued collaboratively. “Gender Inequality in Our Changing World: A Comparative Approach” is his second coauthored textbook, his first being “How It’s Done: An Invitation to Social Research,” with Emily Stier Adler.

Roger’s parents, Bertha and John Clark, modeled a profound brand of egalitarian feminism as he was growing up, a script that a 49-year partnership with Bev Clark has done nothing to undermine.  As Peace Corps Volunteers in the Fiji Islands, Bev and he started a new high school near the capital city of Suva.  This experience was formative in at least four ways.  First, Roger learned, thanks initially to 40 extraordinarily motivated Fijian 9th graders, that he loved to teach.  Second, he developed a taste for collaborative work, first thanks to the joys of co-teaching with Bev, and then with other Fijian and Indian teachers.  Third, he developed a deep interest in comparative sociology.  And, fourth, thanks to the ways Fijian and Indian neighbors and colleagues “did gender,” he developed a deeply constructivist view of gender, even before he had words to describe it.

Roger has taught sociology for 38 years, first at Nichols College, then at Rhode Island College.  For the last 20 years, he has taught a popular course about gender and gender inequality from a comparative perspective.  He has collaborated on research, in one way or another, with almost all the colleagues with whom he’s shared a department at both institutions.  He has also published coauthored work with Bev, on the one hand, and his two children, Adam and Wendy, on the other.

In his spare time, Roger loves to play tennis, golf and guitar with friends, and to run long distances, all interests inspired by his parents, Bertha and John.  He’s been ranked as high as 4th in his age grade in New England in tennis, which becomes decreasingly impressive as that age grade shrinks.  He would someday like to shoot his age in golf, which will require that he not become part of that shrinkage too soon.  He has qualified for the Boston Marathon, with a time that would not have as fruitful if he’d been much younger.  And he belongs to a two-man band, “The Rhode Island Sound,” which has found an appreciative audience among its members’ canine companions.