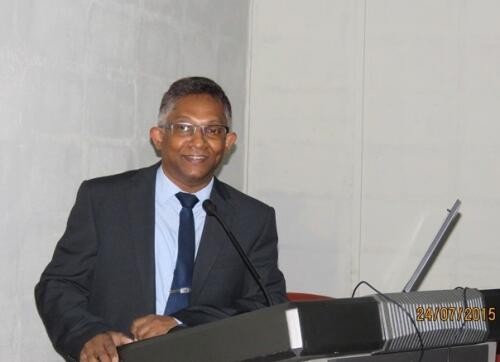 Srinath is a Chartered Surveyor with over 25 years experience in both academia and construction industry. His main research interests are in the broad field of construction economics and management with special interest on e-business & ICT, project management, economics of sustainability & carbon management, building resilience among others. He has been a chartered quantity surveyor and project manager and has academic involvements in many countries including the UK, Australia, Sri Lanka, others

Professor Srinath Perera joined Northumbria University in September 2009 as Chair of Construction Economics. He leads the Construction Economics & Management Research Group in Faculty of Engineering & Environment and also works closely with the Disaster Development Network in the faculty. He is also a joint coordinator of the CIB task group TG83: e-Business in Construction (www.construction-ebusiness.org) and a member of the North East Regional Board of the Royal Institution of Chartered Surveyors (RICS).

Perera SPrior to joining Northumbria I was the Course Director leading the Quantity Surveying group at University of Ulster in Northern Ireland from 2003 to 2009. During this period I was actively involved in research and teaching & learning activities of the school; promoting the profile of the school and quantity surveying profession. I was an active member of the Built Environment Research Institute of the University of Ulster.

In 1991 he graduated as a Quantity Surveyor with first class honours (Overall Top Student award) from the University of Moratuwa, Sri Lanka. Since then he has worked as a consultant quantity surveyor, project manager and as an academic in quantity surveying.  He received the prestigious Commonwealth Academic Staff Scholarship for postgraduate studies and came to UK in 1993 for his master and doctoral studies at the University of Salford. Upon successful completion of his masters (Overall Top Student Award) and doctoral studies in 1997 he re-joined University of Moratuwa, Sri Lanka where as a senior academic lead the BSc (Hons) Quantity Surveying programme to Royal Institution of Chartered Surveyors (RICS) and Australian Instutute of Quantity Surveyors (AIQS) accreditations.  He was the Course Director for the MSc Project Management programme conducted by the University of Moratuwa until he joined University of Ulster in 2003.

In 1997 he was elected as the Honorary Secretary of the Institute of Quantity Surveyors Sri Lanka and held the post till my departure to the UK in 2003. During this period he was actively involved in promoting the Quantity Surveying profession in Sri Lanka and was an active member of the Organisation of Professional Associations (OPA) and the Pacific Association of Quantity Surveyors (PAQS). From 2003, He re-joined the RICS and was actively involved with the activities of the RICS Northern Ireland promoting quantity surveying education within the region.

In 2000, he received HE Presidential Award for internationally recognised academic publications awarded by Her Excellency the President of Sri Lanka for research publication with high citation index. During his period at University of Ulster, he was actively involved in research and was a core member of the Built Environment Research Institute (BERI) where he successfully supervised several doctoral candidates as well as being an internal & external examiner for doctoral studies.

He is keen badminton player and interests in photography. 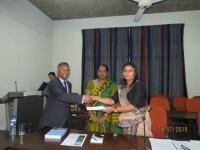 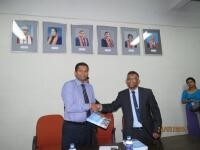 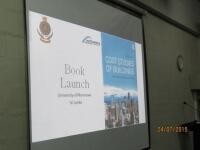 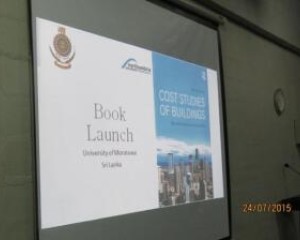 The 6th edition of the Cost Studies of Buildings book was launched in Colombo, Sri Lanka at the University of Moratuwa the alma mater of Professor Perera and where Professor Ashworth served as an external examiner.

The launch was presided by Professor Ananda Jayawardena, Vice Chancellor of University of Moratuwa and ChQS Mr Nishantha Wickremasinghe, President of the Institute of Quantity Surveyors, Sri Lanka. Both Archt Laith De Silva, Dean of the Faculty of Architecture and Emiretus Professor Chitra Weddikara or University of Moratuwa spoke at the occasion.

The event was organised by the Department of Building Economics, University of Moratuwa under the stewardship of Dr Yasangika Sandanayake, head of the department. 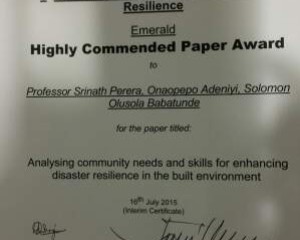 Professor Srinath Perera, Onaopepo Adeniyi and Solomon Olusola Babatunde of the Construction Economics and Management Research Group have been awarded the "Emerald Highly Commended Paper award" for their paper titled "Analysing community needs and skills for enhancing disaster resilience in the built environment". The award was won at the 5th International Conference on Building Resilience, held at the University of Newcastle, Australia between July 15 and 17 2015. The study outlined the needs and skills expected by communities exposed or vulnerable to hazards or affected by disasters from the built environment professionals serving these communities. The work is part of the EU-funded CADRE research.

Presenting a copy of the book to Dr Yasangika Sandanayake (Head Department of Building Economics, University of Moratuwa) and Mrs Kanchana Perera (Education Committee, Board of QS), Sri Lanka

Presenting a copy of the book to Mr Nishantha Wickremasinghe, President of the Institute of Quantity Surveyors, Sri Lanka

Presenting a copy of the book to Professor Ananada Jayawardena, Vice Chancellor of University of Moratuwa, Sri Lanka