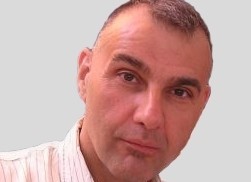 Rob Urbinati is a freelance director and playwright based in New York City, and Director of New Play Development at Queens Theatre. He has directed at many theatres in New York City, as well as theatres and universities across the country. Rob’s plays include “Hazelwood Jr. High,”“West Moon Street,” and “Death By Design,” which have been published by Samuel French. His plays have received over 100 productions world-wide. Rob is a member of the Dramatists Guild.