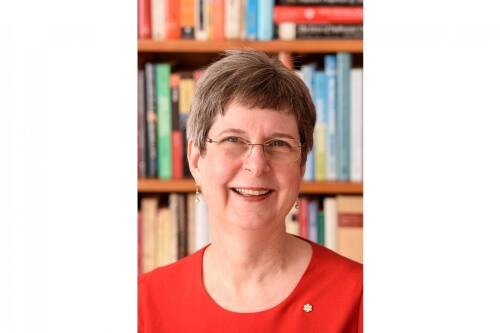 Mary Anne White is an award-winning materials researcher and educator, and a strong booster of science for the public.

Mary Anne is an international leader in the research area of energetics and thermal properties of materials. She has made significant contributions to understanding how heat is stored and conducted through materials. Her work has led to new materials that can convert waste heat to energy, and materials that can trap solar energy. Mary Anne's research contributions have been recognized by the Sunner Memorial Award of the Calorimetry Conference (1994), the Noranda Award of the Canadian Society for Chemistry (1996), and the award of the title University Research Professor (2005; one of 15 at Dalhousie University). Mary Anne is an author of more than 200 research papers and also a textbook, "Physical Properties of Materials," now in its third edition. It used worldwide, including in Japan where is has been translated as "Zairyo Kagaku no Kiso".  She also was Editor for Materials Science for the McGraw-Hill Encyclopedia of Science and Technology. She has trained more than 50 graduate students and postdoctoral fellows, and more than 50 undergraduate research students.

Mary Anne's outstanding abilities as an educator have been recognized by the Dalhousie University Alumni Award for Teaching Excellence and the Union Carbide Award for Chemical Education from the Chemical Institute of Canada. She is especially well known for presenting clear explanations of difficult concepts. Mary Anne is recognized widely as an excellent communicator of science, and has given more than 150 invited presentations at conferences, universities, government laboratories and industries around the world.

In addition to Mary Anne's teaching and research credentials, her opinion on scientific matters is often sought. In this capacity, Mary Anne has served the Canadian science funding agency, NSERC (most recently a member of the NSERC Council [board of directors]), the Canadian Society for Chemistry (member of the Board of Directors), the Canada Foundation for Innovation (member of the founding board of directors) and several scientific organizations, including as Counsellor for the International Association of Chemical Thermodynamics.

Mary Anne has been active throughout her career in bringing science to the general public. This includes: helping establish the Discovery Centre in Halifax; many presentations for schools, the general public and others (including a lecture for Members of Canada’s Parliament and Senate); booklets on science activities for children (published by the Canadian Society for Chemistry); national organizer of National Chemistry Week; more than 150 articles for educators or the general public; appearances on television. For 14  years, she was a regular contributor on CBC Radio’s "Maritime Noon" where she fielded listeners' science questions, live on air to an audience of about 20,000. For her contributions to public awareness of science, Mary Anne was awarded the 2007 McNeil Medal of the Royal Society of Canada. 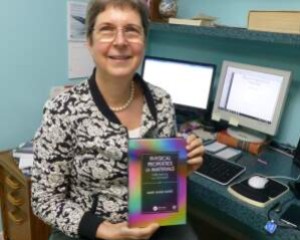 It is so exciting to hold a new book!

This book is fully revised an updated, including the following features:

* now with Learning Goals at the end of each chapter;

Interview prior to induction into Discovery Centre's Hall of Fame (2005).