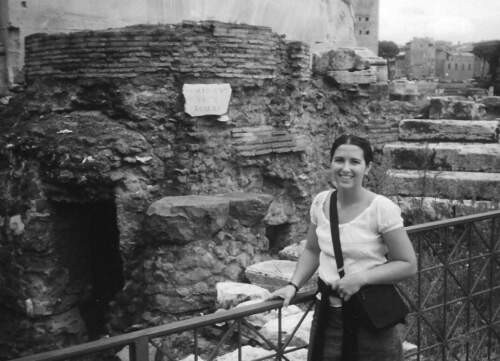 I am an ancient historian with research focusing on the the intellectual, political, and social history of Classical Greece. My current research explores immigration and citizenship law in classical Athens within the context of ancient theories of geographic determinism, indigenous status, and human generation.

My research interests include the intellectual, political, and social history of Classical Athens, Athenian tragedy, and identity formation and immigration in the ancient world. Recently, I authored “Immigrant Women in Athens: Gender, Ethnicity, and Citizenship in the Classical City” (Routledge, 2014) and am editor of and contributor to the  “Handbook to Identity and the Environment in the Classical and Medieval Worlds” (with M. Jones-Lewis; Routledge 2016). I am also a translator and editor (with S. Roy and M. Goldman) of “Race and Ethnicity in the Classical World: And Anthology of Primary Sources” (Hackett, 2013) and editor of the forthcoming “The Companion to the Reception of Aeschylus” (Brill). My current research project explores immigration and citizenship law in classical Athens within the context of ancient theories of geographic determinism, indigenous status, and human generation. Additionally, I'm co-authoring a text and commentary on Greek Funeral Oratory and a new collection of translations on women in ancient Greece and Rome.

I've been at Denison University since 2009, where I teach a wide range of courses on the ancient world including both Greek and Latin language courses from the beginning to advanced levels as well as courses in Greek and Roman history, Greek tragedy, Greek and Roman art, women and gender, and ethnicity in the classical world. I enjoys teaching courses that allow me to bring my research into the classroom in unconventional ways, such as by using role playing pedagogies.

In 2015, I became Director of the Denison Museum, where I work to develop exhibitions and programming to help faculty integrate the Museum's collection of fine art and cultural heritage objects into the academic curriculum across campus. We live in a world of objects and images--working with museum objects can improve visual literacy and critical engagement with that world.

In my free time, I build furniture, do home improvement work, read fantasy and sci-fi, play video games, and hang out with my family. I don't watch much TV, but when I do, it is usually Dr. Who.