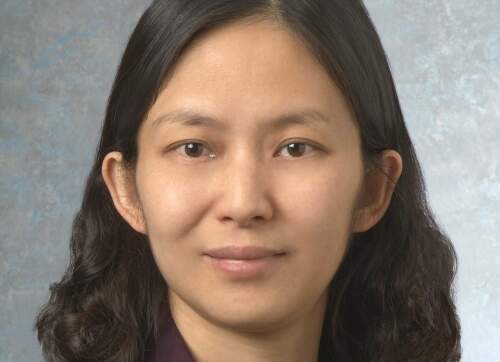 Xinmiao Zhang received her Ph.D. degree from the University of Minnesota in 2005. She has been an Assistant Professor 2005-2010, and a tenured Associate Professor at Case Western Reserve University 2010-2013. Currently, she is a Principal Research Engineer at SanDisk. Her research focuses on VLSI architecture design for communications, signal processing, and cryptography. She is a recipient of the National Science Foundation CAREER award.

Xinmiao Zhang received her Ph.D. degree in Electrical Engineering from the University of Minnesota in 2005. She has been a Timothy E. and Allison L. Schroeder Assistant Professor 2005-2010, and then a tenured Associate Professor at Case Western Reserve University 2010-2013. Currently, she is a Principal Research Engineer at SanDisk. Her research interests include VLSI architecture design for communications, signal processing, and cryptography.
Dr. Zhang received a National Science Foundation CAREER award in January 2009. She is also the recipient of the Best Paper Award at the ACM Great Lakes Symposium on VLSI 2004. This is the first paper she published, and it was one of the top 10 downloads from the ACM digital library in January 2005. She authored the book “VLSI Architectures for Modern Error-Correcting Codes” (CRC 2015), and has published more than 70 papers on Reed-Solomon, BCH, LDPC codes and the Advanced Encryption Standard (AES) algorithm. She is a co-editor of the book "Wireless Security and Cryptography: Specifications and Implementations" (CRC Press, 2007) and a guest editor for the Springer MONET Journal Special Issue on "Next Generation Hardware Architectures for Secure Mobile Computing". Her work on the AES algorithm received more than 600 citations.
Dr. Zhang is a member of the Circuits and Systems for Communications (CASCOM) and VLSI Systems and Applications (VSA) technical committees of the IEEE Circuits and Systems Society, and serves on the advisory board of the Design and Implementation of Signal Processing Systems (DISPS) technical committee of the IEEE Signal Processing Society. She has served on the technical program committees and reviewer committees of many conferences, including the IEEE International Symposium on Circuits and Systems (ISCAS), IEEE Workshop on Signal Processing Systems (SiPS), IEEE Global Conference on Signal and Information Processing (GlobalSIP), IEEE International Conference on Communications (ICC), and ACM Great Lakes Symposium on VLSI (GLSVLSI). Dr. Zhang was also the chair of the IEEE Signal Processing Society Seasonal Schools in Signal Processing Program 2013-2015. She has been an associate editor for the IEEE Transactions on Circuits and Systems-I since 2010, and received a Best Associate Editor Award in 2013.