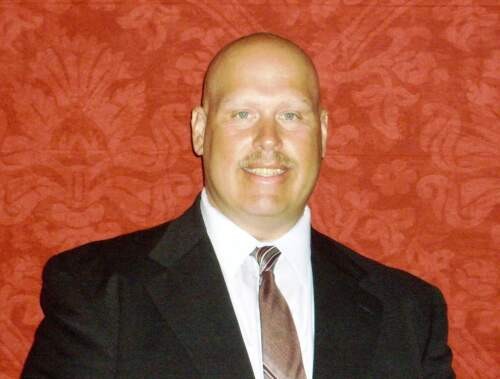 I am currently an Emergency Response Specialist with EHS Excellence Consulting specializing in emergency response training. I have experience with policy writing and review, SOG authoring and review. We provide hands on and tabletop training for law enforcement, fire and emergency management personnel. Further, I am a fire service instructor and have extensive fire service training experience.

Greg Bennett has extensive experience as both an emergency responder and instructor.

Greg has 25 years of experience in law enforcement, starting his career working in a county jail.  This was followed by 18 months of service as a parole officer, supervising a caseload of both juvenile and adult ex-offenders serving a parole term.  The balance of his 23 years was spent with the Middlesex County, NJ Sheriff’s Office, and included experience as a patrol officer working with New Brunswick Police from 1990-1992 and the Transportation and Civil Process Units. In January 2003, he was promoted to the position of Sergeant via competitive written examination. At this time, Mr. Bennett was designated as the liaison to the Middlesex County
Counterterrorism Task Force, serving in that position until my retirement in April 2012.  Additionally, he was designated as the trainer for all training courses pertaining to Homeland Security, Terrorism Response, Incident Command, and Respiratory Protection.  In addition, he was assigned as a first line supervisor serving in the Transportation, Family and Criminal Court Divisions. In 2004-2005, he was assigned to assist the NJ Office of Homeland Security, NJ State Police and Middlesex County Prosecutors Office with conducting Buffer Zone Protection Plans (BZPP) at critical facilities in Middlesex County. Mr. Bennett held the position of Sergeant until September 2006, when he was promoted via written examination to the position of Lieutenant.  At this time, he continued as the sole Domestic Preparedness instructor. In 2007, when Middlesex County was added to the Urban Area Security Initiative (UASI), he became the Commander of the 40 member component of the Rapid Deployment Team, holding that position until retirement. As a Commander, he was assigned to oversee the daily operations of the Family and Criminal Courthouses, and the Transportation Division.  From May 2011 until March 2012, he also served as our Traffic Liaison.

Mr. Bennett served as a use of force and vehicle pursuit instructor, and has experience with tabletop exercises, emergency planning, COOP/COG, policy writing and review, and emergency response.

Mr. Bennett authored or co-authored successful grants for equipment and authored policies and procedures for use by the Office as a whole, and for emergency response in particular.

Mr. Bennett also has extensive experience as a firefighter, having entered the fire service in June of 1986.  Currently, he serves as Chief of the Helmetta, NJ Fire Department, and previously served as Deputy Chief from 2001-2005, Chief of Department from 2005-2007, Assistant Chief 2008-2010. He has also served as a lieutenant and captain as well as being the Training Officer since 1999.  Mr. Bennett also worked as a per-diem fire fighter and lieutenant in the Monroe Township, NJ Fire District #3 from December 1999-April 2005.
Mr. Bennett also serves as the Deputy Emergency Management Coordinator in Helmetta, NJ, having been appointed in January 2007.

Mr. Bennett is the author of the textbook “Cross Training for First Responders” published by CRC Press in 2010, and has been a member of the GovSec Advisory Board since 2007.

25 years of experience in law enforcement as a corrections, parole and sheriff's officer.  Included are 9+ years as a supervisor for the Middlesex County (NJ) Sheriff's Office.  I have authored or co-authored several competitive grants for the MCSO, and served as the sole instructor for all areas of Homeland security, Domestic Preparedness, Incident Command and Management, Hazardous Materials, CBRNE, Radiological and Nuclear Awareness and Respiratory Protection.  I authored or reviewed policies and procedures for the agency as well.  Additionally, I have over 226 years of experience in the fire service.  I have been a Chief of Department (5 years) and Staff Chief (7 years).  I currently work as a NJ Level 2 Fire service Instructor at the county fire academy, serving since 2003.  Lastly, I have been a Deputy OEM Coordinator in Helmetta, NJ since 2007.

My masters thesis will be on training deficiencies for law enforcement.  Specifically, since they are dispatched to a host of incidents, have me properly trained and prepared them?  Areas of focus for the thesis include fire and haz-mat response.  Other areas of concern include air bag deployment, hybrid vehicle issues as well as solar power concerns for law enforcement.