Formerly a teacher and leader in primary and secondary schools in the UK. Now the owner and director of a group of companies in 6 countries providing professional development support to schools, pre-schools and colleges. (www.challenginglearning.com) His first book Challenging Learning was published in 2010. Encouraging Learning in 2013. Three more books are due in 2016.

James Nottingham is the founder and executive director of Challenging Learning. His passion is in transforming the most up-to-date research into strategies that really work in the classroom. He has been described by Skolvärlden (Swedish Teaching Union) as “one of the most talked about names in the world of school development.”

His first book, Challenging Learning is published in 5 languages and has received widespread critical acclaim. His follow-up book, Encouraging Learning, supports his work with parents and community groups, as well as with teachers and leaders. Currently he is writing a series of books to share the best strategies for feedback, challenge, dialogue, progress, and metacognition.

Before training to be a teacher, James worked on a pig farm, in the chemical industry, for the American Red Cross and as a teaching assistant in a school for deaf children. At university, he gained a first class honours degree in education. He then worked as a teacher and leader in primary and secondary schools in the UK before co-founding an award-winning, multi-million pound regeneration project supporting education, public and voluntary organisations across north east England.

In 2005, James started JN Partnership Ltd. He later developed this into the group of companies known today as Challenging Learning. The group has offices in the UK, Denmark, Norway, Sweden and Australia, and employs 20 full-time and approximately 50 part-time staff. James is well known throughout Scandinavia for his work with John Hattie’s Visible Learning. Internationally, he is known for his work on challenge, progress, Philosophy for Children, and the Learning Pit.

In 2009, James was listed among the Future 500 - a “definitive list of the UK's most forward-thinking and brightest innovators.” 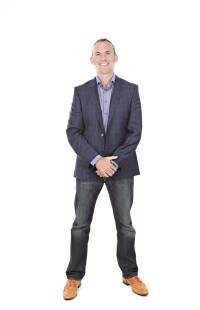 The Learning Pit is a celebrated way to help develop challenge, resilience and a Growth Mindset. This animation helps to explain exactly how to use it with your students. James Nottingham created the Learning Challenge as a way to promote and enhance challenge and inquiry.

This short film was recorded by Channel 4 in 1999. It shows James Nottingham’s class of 9 and 10 year olds using P4C to develop critical, creative, caring and collaborative thinking.

This shows Philosophy for Children (P4C) with a group of three and half year old children in a nursery in Northumberland, UK. The children left the nursery in 2011, so I think it is safe to remove the masking effect I used initially. For more info, see www.p4c.com

Squash and a Squeeze

This is my adapted version of Julia Donaldson's story about discontentment, trust and wisdom. It is a nice story to begin a P4C (see www.p4c.com) inquiry. I have used it with children between the ages of 4 and 12.

This is James Nottingham’s TEDx presentation made in 2013 in Norrköping, Sweden. It identifies the impact of labels - good and bad - on student expectations and how this affects learning.

This was recorded in May 2011 at a secondary school in Victoria, Australia. You might notice that I do more challenging than I did in the "P4C in Action" video. This is because it was the first time I had worked with these Year 10 (15 year olds) students, whereas the Year 5 (10 year olds) featured in the earlier clip were my own class so we had developed a "community of inquiry" in which they learnt to do much of the facilitation.

The Need for Cognitive Conflict

This short clip is from a keynote I made at one of the Carol Dweck conferences in June 2010. It explains one of the reasons why I believe cognitive conflict and challenge are absolutely necessary - not just for the learning process but also for social and moral reasons. This idea is explored further in my book, Challenging Learning (www.challenginglearning.com) Videos of cognitive conflict in action are available from my website, www.jamesnottingham.co.uk

This is my adapted version of Julia Donaldson's most famous story about The Gruffalo, as told to a group of 6 year olds. It is a great story to begin a P4C (see www.p4c.com) inquiry. I have used it with children between the ages of 4 and 12.