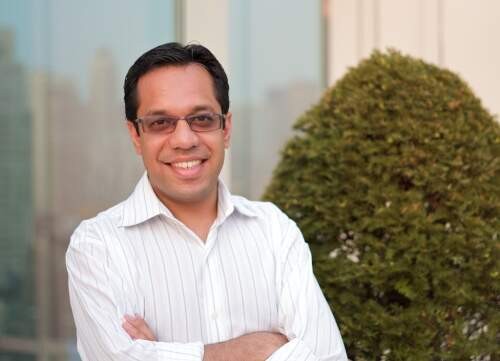 Dr Arunabha Ghosh is CEO of the Council on Energy, Environment and Water (CEEW), one of South Asia's leading think-tanks. With work experience in 37 countries and having previously worked at Princeton, Oxford, UNDP (New York) and WTO (Geneva), Arunabha advises governments, industry, civil society and international organisations around the world. He is a World Economic Forum Young Global Leader, Asia Society Asia 21 Young Leader, and fellow of the Aspen Global Leadership Network.

Arunabha Ghosh is CEO of the Council on Energy, Environment and Water (CEEW). Founded in 2010, CEEW was ranked in 2015 the best in South Asia in two categories three years running (Global Go To Think Tank Index); among the top 100 out of 6846 think-tanks in nine categories. With work experience in 37 countries and having previously worked at Princeton, Oxford, UNDP (New York) and WTO (Geneva), Arunabha advises governments, industry, civil society and international organisations around the world. He is a World Economic Forum Young Global Leader, Asia Society Asia 21 Young Leader, and fellow of the Aspen Global Leadership Network.

Dr Ghosh was invited by the Government of France as a Personnalité d’Avenir to advise on the COP21 climate negotiations and has written extensively about the Paris Agreement. His original concept of a "solar club" was championed by the Government of India when it launched the International Solar Alliance in November 2015. Arunabha’s essay “Rethink India’s energy strategy” in Nature, the world’s most cited scientific journal, was selected as one of 2015’s ten most influential essays. Widely published, he is most recently co-author of Climate Change: A Risk Assessment (2015); and Human Development and Global Institutions (Routledge, 2016). Two other forthcoming books include: Palgrave Handbook on the International Political Economy of Energy (2016); and Energising India: Towards a Resilient and Equitable Energy System (SAGE, 2016). He writes a monthly column in the Business Standard, contributes regularly to other periodicals, and comments via several international radio and television broadcasters. He has been an author of three UNDP Human Development Reports.

Dr Ghosh has advised the Prime Minister’s Office, several ministries, state governments and international organisations on a range of subjects. He has presented to heads of state, India’s Parliament, the European Parliament, Brazil’s Senate, and other legislatures; trained ministers in Central Asia; and hosted a documentary on water set out of Africa. He is a member of Track II dialogues with Bhutan, China, Israel, Pakistan, Singapore, Turkey and the United States, and formulated the Maharashtra-Guangdong Partnership on Sustainability. He is a founding board member of the Clean Energy Access Network (CLEAN) and is board member of the International Centre for Trade & Sustainable Development, Geneva. He also serves on the Executive Committee of the India-U.S. PACEsetter Fund, which invests in promising decentralised energy solutions. He holds a doctorate from the University of Oxford (Clarendon Scholar; Marvin Bower Scholar), an M.A. (First Class) in Philosophy, Politics and Economics (Balliol College, Oxford; Radhakrishnan Scholar); and topped Economics from St. Stephen’s College, Delhi.

Dr Arunabha Ghosh shared his insights on re-imagining water governance in India and taking an integrated approach to addressing global challenges at the first Godrej Good & Green Conclave held on 9 March 2013 in Mumbai.

Arunabha Ghosh on Resources Security and the New Geopolitics

'Mind Your Business' with Arunabha Ghosh