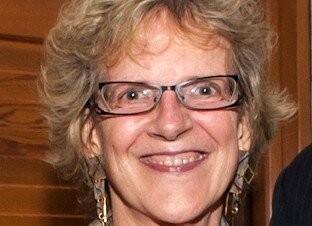 She is a Distinguished University Professor of communication and sociology at University of South Florida and a leading figure in autoethnography. She was honored with the 2012 Lifetime Achievement Award from ICQI, the 2013 career Legacy Award from NCA Ethnography Division, and 2015 NCA Distinguished Scholar. The Ethnographic I: A Methodological Novel about Autoethnography is the foundational work on autoethnographic methods. Her current research is with holocaust survivors.


Carolyn Ellis is an interdisciplinary scholar and qualitative researcher, widely regarded as an originator and developer of autoethnography, a reflexive approach to research, writing, and storytelling that connects the autobiographical and personal to the cultural, social, and political. She is a Distinguished University Professor at the University of South Florida and an Honorary Professor at the Communication University of China. She served as President of the Society for the Study of Symbolic Interaction and is a founding member of the Ethnography Division in the National Communication Association and the Section on Emotions in the American Sociological Association. Among her publications are two documentary films, six monographs, six edited books, and more than 150 articles, book chapters, and essays on autoethnography, ethnography, compassionate and interactive interviewing, research ethics, death and dying, minor bodily stigmas, caregiving, intimate relationships, health and illness, and research with Holocaust survivors.

Early Life
Ellis was born and raised in Luray, Virginia, a rural mountain community. Her mother, Katherine Ellis, was a homemaker and worked with her father, Arthur Ellis, Sr., who owned a construction company. Ellis’s interest in ethnography began when she read Erving Goffman's (1959) Presentation of Self in Everyday Life as an undergraduate sociology major at the College of William and Mary. For her undergraduate honor’s thesis she carried out an ethnographic study of an isolated fishing community. She continued this fieldwork while she was a graduate student in sociology at State University of New York, Stony Brook, where she received her Ph. D. in 1981. Her dissertation was a comparative study of two fishing villages, which was later published as Fisher Folk: Two Communities on Chesapeake Bay, winning the Robert E. Park Award in 1988 for outstanding research monograph from the American Sociological Association section on Communities and Urban Sociology.
Her childhood, hometown, and family are the focus of several of her autoethnographies, including articles about race relations in Luray, caregiving for her mother, coping with the sudden loss of her brother Rex who died in 1982 in a commercial airplane crash, and a book chapter about long-term grief and continuing bonds with Rex. In 1995, Ellis published Final Negotiations: A Story of Love, Loss, and Chronic Illness about a nine year relationship with Eugene Weinstein, a sociologist who died in 1985.

Research and Teaching
Ellis has established an international reputation for distinguished and continuous contributions to qualitative inquiry, particularly autoethnography. The innovative methodological approaches she has developed in the narrative study of subjectivity have been widely adopted by researchers across the human sciences and throughout the world. Her research explores emotion, subjectivity, and embodiment, producing studies that encourage compassion and empathy from readers and help them understand how to cope with life’s stresses and struggles. She has organized two international conferences, participated in many panel and paper sessions, and given keynote presentations and workshops in sixteen countries. Numerous special issues of journals, review symposia, documentaries and conference sessions have featured her work, some of which has been translated into Chinese, Spanish, and Polish.
Ellis spent the first sixteen years of her academic career in the Department of Sociology at the University of South Florida before moving to the Department of Communication in 1996. In 1990, she became co-director of the Institute for Interpretive Human Studies at USF, a position she held until 2012. In 1996, she and Art Bochner co-edited, Composing Ethnography: Alternative Forms of Qualitative Writing, a book widely recognized as the first volume to promote forms of autoethnographic inquiry designed to bridge humanities and social science research. Ellis and Bochner teamed up as editors of two book series emphasizing autoethnography and personal narrative, which have yielded more than thirty books representing evocative and novel forms of representing lived experience, bringing conscious attention to emotions, subjectivity, embodiment, and personal storytelling.
In 2000, Ellis and Bochner published the handbook chapter, “Autoethnography, Personal Narrative, Reflexivity: Researcher as Subject,” in The Handbook of Qualitative Research. The chapter has been cited in more than 3,000 academic texts. In 2014, the NCA awarded Ellis and Bochner the Charles H. Woolbert Award for this chapter, which has “stood the test of time.”
In 2002, “With Mother/With Child: A True Story” was awarded a Distinguished Publication Award by the NCA Ethnography Division. The article details a day of interaction with Ellis’s aging mother as Ellis assists her in the nightly routine of preparing for bed. The surrounding frame describes her reading this personal story to her mother and probes methodological and ethical issues in writing about intimate others.
In 2005, The Ethnographic I: A Methodological Novel about Autoethnography was awarded the Best Book Award by the NCA Ethnography Division. Ellis published Revision: Autoethnographic Reflections on Life and Work in 2009, which adds the component of meta-autoethnography, layering new interpretations, reflections, and vignettes to her older work. The book received the Charles H. Cooley Best Book Award from the Society for the Study of Symbolic Interaction and the Best Book Award from the International Center for Qualitative Inquiry.
Ellis received the Lifetime Achievement Award in Qualitative Inquiry from the International Center for Qualitative Inquiry in 2012, and a Legacy Lifetime Award from the NCA Ethnography Division in 2013. The Handbook of Autoethnography, co-authored with Stacy Holman Jones and Tony Adams, received the Best Edited Collection award from the NCA Ethnography Division in 2013. That same year she chaired the Department of Communication at the University of South Florida and was named a Distinguished Professor at the university. In 2015, she was named an NCA Distinguished Scholar.
Ellis also has extended the autoethnographic approach to the study of Holocaust survivors and their testimonies, focusing on the healing power of personal storytelling, and the development of compassionate, collaborative approaches to research with survivors of trauma and genocide.
Her numerous teaching honors include the University of South Florida Outstanding Undergraduate University Teaching Awards, the Society for the Study of Symbolic Interaction Feminist Mentor Award, and the McKnight Foundation’s William R. Jones Award for mentoring African American and Hispanic graduate students.  Ellis has inaugurated and taught several undergraduate and graduate courses at the University of South Florida, including: Autoethnography; Writing Lives; Personal Storytelling; Communicating Illness, Grief, and Loss; Emotions, Trauma, and Intimate Interviewing; and Race, Class, and Emotions.

Ellis resides in Tampa with her partner, Art Bochner, and their two dogs, Buddha and Zen. During summers, they live in the mountains of North Carolina. They enjoy hiking, reading, gardening, and writing together.

Hiking, reading, looking at mountains, lying on the beach, playing with my dogs, exercising