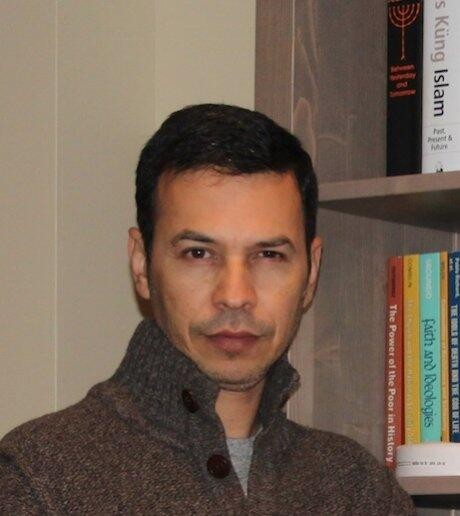 Marco Fonseca is an instructor in the Department of International Studies at Glendon College, York University. His current research involves a reconsideration of Hegel’s and Gramsci’s critiques of civil society.

Marco Fonseca was born and raised in Guatemala City and, without a doubt, the long right-wing military dictatorships that ruled the country from the 1954 CIA-backed military coup until 1985, the dictatorships he grew up under, were one of the most important factors in shaping his political outlook.

Anti-Communist and highly repressive dictatorships forged a sense of injustice and resistance to illegitimate and undemocratic power that have been driving forces in much of his intellectual and political work. While in Guatemala City in the early 1980s he studied in the School of History at the national university of San Carlos before migrating to Canada in 1985 as a political refugee of the civil wars that wracked Central America in the 1980s.

Among Fonseca's main intellectual influences during his late high-school years and early university education in Guatemala were the writers associated with Liberation Theology as well as with Latin American Dependency Theory and Critical Theory. Once in Canada, and while working the late-night shift at a carpet manufacturing company in Kitchener-Waterloo, Ontario, Fonseca came into contact with scholars at the Peace and Conflict Studies program, Conrad Grebel College, University of Waterloo who strongly suggested to him to move to Toronto, attend York University and study Latin American politics. Fonseca spent the following twelve years studying at York University and finally received his Ph.D. in Social and Political Thought in 2000 specializing in political philosophy and Latin American Studies. Although the latter field of studies has indeed remained a distinctive feature of Fonseca's intellectual and political research and commitments, more recently he has turned his attention to the critical study of the theory and practice of civil societies in the Western Hemisphere, including Canada, as part of his teaching at Glendon College. His current academic concerns revolve around Gramsci's and Hegel's concepts of civil society.

While writing his Ph.D. dissertation in London, England, in the late 1990s, Fonseca also held a part-time position as a lecturer at Middlesex University, where he taught courses on the political and economic history of Latin America. Since his return to Canada and the completion of his Ph.D. in the Social and Political Thought program at York University in 2000, Fonseca has worked as a contract faculty member at various universities in Ontario with his most recent appointment as an instructor in the Department of International Studies, Glendon College, York University teaching courses on theories of International Studies, Latin American politics, Indigenous Peoples and International Relations, and the theory of civil society.