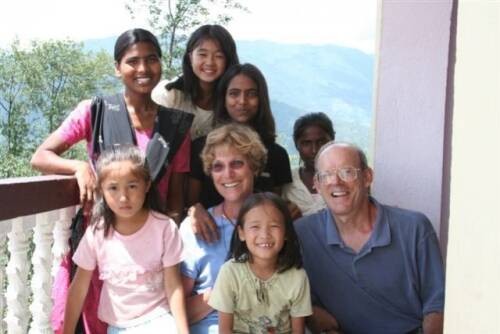 A graduate of Bowdoin College, Hess received his Ph.D. in economics from the University of North Carolina at Chapel Hill. Since 1980 he has taught at Davidson College. Prior to Economic Growth and Sustainable Development, Hess co-authored undergraduate texts on economic principles and economic development and authored an undergraduate text on mathematical economics and articles on fertility transition, military spending in developing economies, macroeconomics, and sustainable development.

At Davidson College since 1980 Hess taught courses in macroeconomics, economic development, international finance, population economics, and mathematical economics. In 2004, he developed a new course, Economic Growth and Sustainable Development. Over the years he has been fortunate to receive the three major teaching awards at the College.

While Economic Growth and Sustainable Development is primarily an undergraduate textbook, the blending of theory with evidence to inform policy should also appeal to scholars and policy makers in international development. Nor is the book directed solely at economics students. The content and coverage are multidisciplinary, and should be of interest to students in political science, environmental science, sociology, history, and even philosophy. In the second edition (2016) increased attention is given to poverty, income equality, social capital, and the insights of behavioural economics for sustainable development.

Hess also serves as president of the board of Nepal Orphans Home, a non-profit organization founded by his brother, Michael, in 2005.  Nepal Orphans Home (NOH) attends to the welfare of children in Nepal who are orphaned, abandoned, or not supported by their parents.  NOH provides for the children’s basic needs of food, shelter, and clothing, as well as schooling and health care, and administers to their emotional needs with love and compassion, allowing them to grow up in a nurturing environment.  In 2016 NOH operated four homes on the outskirts of Kathmandu. Nearly half of the 120 children provided for are former Kamlari girls rescued from indentured servitude. Volunteer Nepal, an affiliate volunteer program, draws talented, compassionate people of all ages from around the world and identifies placements throughout Nepal that will benefit from the volunteers’ time, energy, and skills.  NOH’s Chelsea Education and Community Center provides vocational training to our children and adult education to local women.

Peter’s wife, Boo, has been secretary/treasurer of Nepal Orphans Home since the beginning, and together they have spent five extended periods of time at the orphanage during the summer and academic vacations.