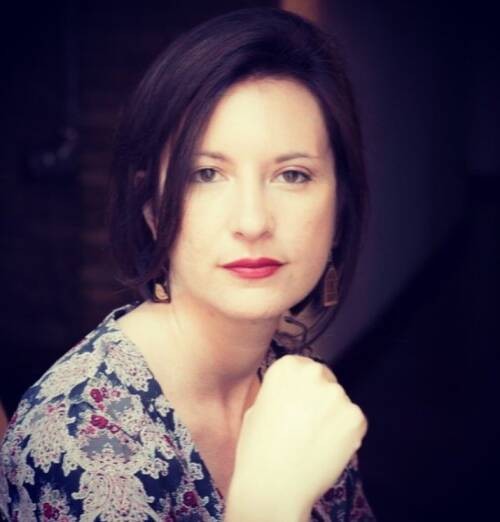 Emanuela Patti (MA Comparative Literature UCL; PhD Italian Studies University of Birmingham) is Senior Research Fellow at the University of Birmingham for the project 'Interdisciplinary Italy 1900-2020: interart/intermedia'. She has published on 20th and 21st century Italian culture, with a particular focus on Pasolini and Dante, postwar debates on realism, experimental literature and digital humanities.

Emanuela Patti graduated in Lettere Moderne at the University of Urbino, Italy, she studied for a Master in Comparative Literature at UCL, UK, and she completed a Ph.D. in Italian Studies at the University of Birmingham. After her Ph.D. she has pursued a strategy of broadening my research interests in the area of Narratology, Culture and Media. In 2011 she was awarded a Visiting Professorship at the Internet Interdisciplinary Institute (IN3), UOC, Barcelona, directed by Manuel Castells and I re-launched, with Derrick De Kerckhove and Eric McLuhan, the International Journal of McLuhan Studies for which I was editorial co-director. In 2013/2014 she was Senior Lecturer of Italian and Director of the Centre for the study of Cultural Memory at the IMRL, School of Advanced Study, University of London. In 2014/2015 she was Senior Lecturer at the Media School, University of Bournemouth.

She is currently working as a Senior Research Fellow for the AHRC-funded project Interdisciplinary Italy 1900-2020: interart/intermedia, run by Dr Clodagh Brook (principal investigator), together with Dr Florian Mussgnug (co-investigator) and Professor Giuliana Pieri (co-investigator). The project establishes a theoretical framework for interartistic creativity and traces the work of 20th and 21st Century Italian artists across a variety of media, with particular attention to digital art.

Her contribution to Interdisciplinary Italy 1900-2020: Interart/Intermedia is focused on Italian experimentalism since 1945 and on theoretical approaches to digital culture and interartistic/intermedial practice.

Her research interests range across a variety of areas, including modern and contemporary Italian culture, cultural representations of Dante, comparative literature, digital cultures, intermediality. I have published on 20th and 21st Century culture, with a particular focus on Pasolini and Dante, postwar debates on realism and the politics of representation, experimental literature and digital humanities.

Her current research project within 'Interdisciplinary Italy' investigates creativity across media in the digital age. She is working towards a monograph on the digital turn in Italian Studies that examines interartistic cultural history of Italy in the digital age  (in prep. 2019).

Her other recent research projects are the following:

Pasolini and Dante - Her first monograph, Pasolini After Dante. The ‘Divine Mimesis’ and The Politics of Representation (2016), is a comparative study on two great figures of Italian culture, Dante Alighieri (1265-1321) and Pier Paolo Pasolini (1922-1975). She examines Pasolini’s appropriation of Dante’s realism and how this relates to postwar Italian debates on the ‘questione della lingua’ (the linguistic question, i.e. what is national language?), the ‘national-popular’ (Gramsci), literary experimentalism, and intermediality. Key research questions of this project are the appropriation of classics and the crucial role played by critical interpretations, the representation of the ‘other’ and the convergence of styles and artistic media in Pasolini’s representations. She demonstrates how Pasolini’s rewriting of Dante’s Comedia, La Divina Mimesis, is just an outward sign of a sustained dialogue with Dante on representation started in the early 1950s. 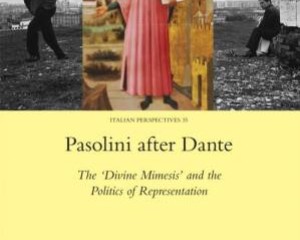 Pasolini after Dante at the Centro Studi Pier Paolo Pasolini in Casarsa, Italy

Pasolini after Dante has been recommended by the Centro Studi Pier Paolo Pasolini in Casarsa.