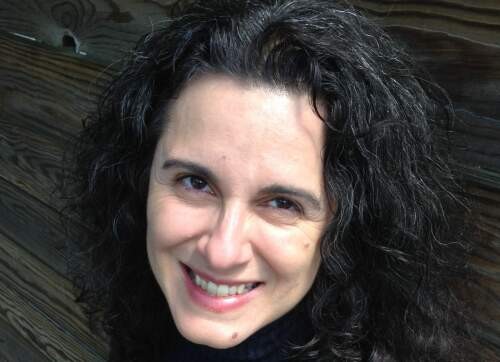 My research focuses on 19th- and 20th-century Italian literature, especially children's books. Dr. Nicolás Fernández-Medina and I co-founded the Spanish and Italian Modernist Studies Forum at Penn State, and we are co-editors of Modernism and the Avant-garde Body in Spain and Italy (Routledge, 2016). My first book, Beyond the Family Romance: The Legend of Pascoli, was published by Toronto in 2007. I have just published Italian Children's Literature and National Identity with Routledge (2017).

My main research interests include 19th- and 20th- century Italian literature, children’s literature, and critical methodologies, especially psychoanalysis, semiotics, and post-structuralism.
My first book, Beyond the Family Romance: The Legend of Pascoli (University of Toronto Press, 2007), offers a psychoanalytic perspective of the work of Giovanni Pascoli (1855-1912), one of Italy’s most celebrated and innovative poets, with a particular focus on the uncanny. I examine how Pascoli and Freud interrogate the question of “origins,” manifested in such images as the maternal, the Golden Age, and childhood, and I investigate the literature of the Scapigliatura as a precursor to Pascoli’s uncanny poetry.

In addition to my work on Pascoli and on Italian gothic writers, I  have published articles on Primo Levi’s Se questo è un uomo, and on the children’s books of Annie Vivanti, Dino Buzzati, Umberto Eco and Eugenio Carmi, and Eugenio Cherubini, as well as on the representation of Giuseppe Garibaldi in children’s books before the First World War. This research has been published in journals such as Forum Italicum, Quaderni d’italianistica, Romanic Review, MLN: Modern Language Notes, California Italian Studies, and Children’s Literature. I contributed an essay to the MLA’s volume on Teaching Pinocchio. My most recent book project,  Italian Children's Literature and National Identity: Childhood, Melancholy, Modernity,  explores children’s literature in Italy from the unification period to the rise fascism, and has been published by Routeldge in their Children's Literature and Culture series. This research has received funding from the Children’s Literature Association and from Penn State’s Institute for the Arts and Humanities.

With Dr. Nicolás Fernández-Medina, I  co-founded  the Spanish and Italian Modernist Studies Forum at Penn State.  Dr. Fernández-Medina and I are co-editors of the volume Modernism and the Avant-garde Body in Spain and Italy (Routledge, 2016), to which I also contributed a chapter on Massimo Bontempelli’s magical realist children’s book.

I teach a range of courses that include topics such as Romanticism in Italy, Women Writers, Italian-American culture, Italian theater, advanced language development, and turn-of-the-century literature.  My interdisciplinary teaching initiatives have been supported by from the IAH. I received a “bridging the classroom” grant for a collaboration between my undergraduate seminar on children’s literature and an advanced sculpture class. Students translated several 19th-century Sicilian fairy tales and created original artwork that interpreted those stories. The semester culminated in a public exhibit of the texts and sculptures at the Down Town Theater. A “team-teaching” grant funded my co-taught graduate seminar with Dr. Fernández-Medina on Literature in Spain and Italy. This course included four salons open to the public as part of the IAH’s “Moments of Change” program which explored the period 1889-1914. I received an Outstanding Teaching Award from the College of Liberal Arts in 2010, and the Malvin E. and Lea P. Bank Outstanding Teaching Award from the College in 2014.