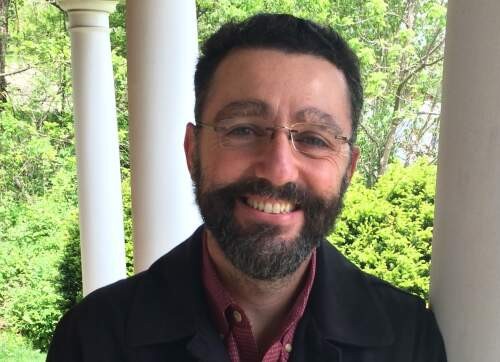 My research focuses on 19th- and 20th-century Spanish literature.  I am the co-founder with Maria Truglio of the Spanish and Italian Modernist Studies Forum at Penn State.  I am the author of The Poetics of Otherness in Antonio Machado’s ‘Proverbios y cantares’ (U of Wales P, 2011), and Body of Life: Vital Force in the Building of Spanish Modernity, 1687-1914 (forthcoming). I am also the co-editor of Modernism and the Avant-garde Body in Spain and Italy (Routledge, 2016).

My research interests span across a broad range of topics in literature and philosophy.  I am especially interested in the Enlightenment, interdisciplinary nineteenth-century studies, philosophy of science and social development, Modernism and the Avant-garde, identity and subject formation, and history of medicine.

In The Poetics of Otherness in Antonio Machado’s ‘Proverbios y cantares’ (U of Wales P, 2011), I examine how Machado’s fundamental concerns regarding the forms of intersubjective engagement are addressed in his poetry, folklore, and philosophy.  I champion Machado’s aphoristic and often overlooked “Proverbios y cantares” as advancing a Romantic-inspired practice of fragment thinking that reveals new ways of understanding the self/other dialectic. In Body of Life: Vital Force in the Building of Spanish Modernity, 1687-1914, I explore the conceptual frameworks of vital force that pervaded Spanish modernity.  I show by what means Spanish anatomists, physicians, philosophers, poets, literary theorists, and avant-gardists interrogated what makes life "life," and changed how we think about the problems of epistemology and desires such as freedom and autonomy.  In Modernism and the Avant-garde Body in Spain and Italy, co-edited with Maria Truglio, I deepen my analysis of the relationship between body and identity as inflected through aesthetic and sociopolitical practices during the early twentieth century.

My teaching interests range across genres and periods and include the Enlightenment, Romanticism, the history of medicine, liberal political thought in Europe, the fin de siglo, decadentism, women’s literature, modernism, the Avant-garde, and philosophy.  I also work on post-Civil War Spanish literature, and, in particular, its turn toward existential phenomenology.  My courses include “Liberty and Liberalism,” “Romanticism,” “The City as Text: Theorizing Urban Landscapes,” “The Dilemma of Modernity in Spain,” “Changing the Subject: Literature in Italy and Spain 1880-1914,” “The Spanish Avant-garde,” “Decadentism, Eroticism, and the Diseased Imagination,” and “The Spanish Civil War and its Aftermath.”

I am the co-founder with Maria Truglio of the Spanish and Italian Modernist Studies Forum (SIMSF) at PSU.  Through its interdisciplinary symposia, lecture series, graduate seminars, research workshops, reading groups, and salons, SIMSF provides a collaborative structure within which to explore the socio-historical, cultural, and aesthetic shifts that shaped Spain and Italy during the Modernist period.  I am also the recipient of the Institute of Arts and Humanities Resident Scholar Grant (2012-2013), the Richard Rorty Fellowship from the Benjamin Franklin Institute at the Universidad de Alcalá de Henares (2010), as well the Team-Teaching Grant and Challenge Grant from the Institute of Arts and Humanities and the National Endowment for the Humanities (2008).  I was awarded Stanford University’s distinguished Centennial Teaching Award in 2007.  In 2005, I had the honor of participating as a respondent to the roundtable debates commemorating the 25th Anniversary of the Príncipe de Asturias Awards in Oviedo, Spain.