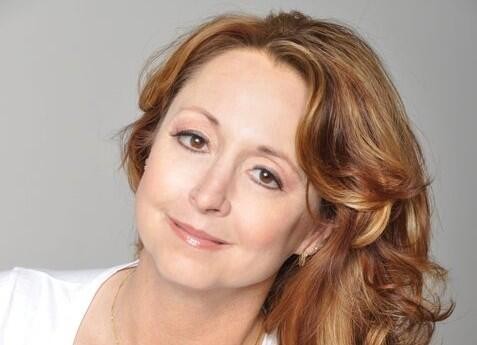 Broadcasting has been a part of my life since I can remember! I started working at a radio station during college while I got my degree and continued in it as a career since, always centered in Los Angeles, the Number 2 market in the nation. I'm on the air every morning, then spend the day teaching college broadcasting as well as runing my college's two radio stations. I am so excited to announce my first textbook for college broadcasters...Intern Insider!

Tammy Trujillo has been working in the entertainment industry since the age of 2, taking time off to attend Long Beach Poly High School. Professionally voice-trained as a child, when the time came to decide what to do as a career, the phrase “I love music and people say I have a good voice” came to mind. After completing her undergraduate studies at Long Beach City College, Tammy attended a private broadcasting school and landed her first on-air job while finishing her BA in Communications at Cal State Fullerton.

Tammy has worked as a morning co-host, sportscaster, news anchor and traffic reporter on many of Southern California’s largest stations including KNX, KFI, KEZY, Power 106, The Beat, Channel 4 News, KFWB and currently is a news host for Southern California Public Radio’s KPCC. She is also now 'living a dream' as a Boss Jock, recreating the exciting sounds of the 1960s/70s Boss Radio Stations on Internet station BossBossRadio.com. Tammy holds numerous RTNA Golden Mike Awards, one of the broadcasting industry’s highest honors. Her company, Creative Radio Resources, has also been honored with two Gold Hermes Creative Awards.

Tammy is a full-time professor at Mt. San Antonio College, heading up the Radio Broadcasting Program. Prior to Mt. SAC, she held faculty positions in the Broadcasting programs at Cal State Northridge, Long Beach City College (where she is member of the school’s Hall of Fame) and Orange Coast College as well as with several private Broadcasting schools. She is a member of Pacific Pioneer Broadcasters and a former Board member of APTRA-Associated Press-Television Radio Association.

Tammy lives in Southern California with her musician husband Randy and their family of wonderful rescued dogs and cats.

Animals have always been one of Tammy’s passions and she is the ‘go-to-gal’ for answers and advice about pets. Her award-winning show The Pet Project is returning to the air soon as a platform for information on responsible pet ownership and special needs animals. Recently, she received her certificate in Animal Behavior from Melbourne University.