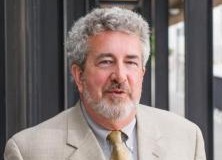 I'm interested in myth, poetry, and their interactions, especially in the ancient Greek world. Born and raised in Boston, I studied Classics as well as Medieval and Modern Irish language and literature at Harvard University where I received the A.B. in Classics and Celtic literature, and M.A. and Ph.D. degrees in Classical Philology. I now teach courses on Greek, Latin, mythology, comedy, and other fields at Stanford.

Before becoming Antony and Isabelle Raubitschek Professor at Stanford in 2000, Professor Martin taught Classics for eighteen years at Princeton University. He is  working on several books, concerning Homeric religion; myth; and ancient poetry in performance. He interprets Greek poetry in the light of performance traditions and social practices. His primary interests are in Homeric epic, Greek comedy, mythology, and ancient religion. His research is informed by comparative evidence ranging from fieldwork on oral traditions in contemporary Crete to studies in medieval Irish literature.

Among his major publications are Healing, Sacrifice, and Battle: Amechania and Related Concepts in Early Greek Poetry (1983) and The Language of Heroes: Speech and Performance in the Iliad (1989). He has also published books for general audiences (Myths of the Ancient Greeks, 2003; Bulfinch's Mythology, edit. 1991) and a number of articles on Greek, Latin, and Irish literature.