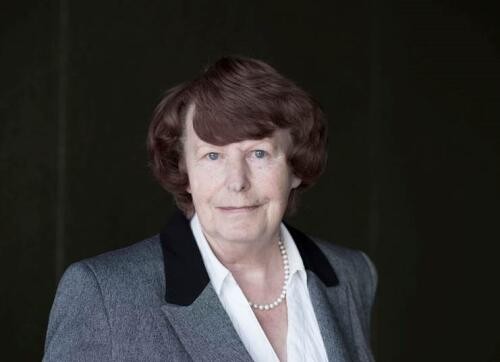 Rosamund Thomas is the author of "Espionage and Secrecy: The Official Secrets Acts 1911-1989 of the United Kingdom”. This book, when first published by Routledge, was recognised in May 1992 as “the best book written by a foreign author on the subject of intelligence” by the United States National Intelligence Study Center for “outstanding research and writing”. The US National Intelligence Study Center also declared this prize-winning book as a “meritorious volume”.

The new Routledge revival book entitled “Espionage and Secrecy: The Official Secrets Acts 1911-1989 of the United Kingdom” was first published by Routledge in 1991, and has now been republished in May 2016 (ISBN 13: 978-1-138-68683-0 (hbk) and ISBN 13:978-1-315-54251-5 (ebk)).
The current position of the sole author of this book, Dr Rosamund Thomas, is Director of Centre for Business and Public Sector Ethics, Cambridge, UK (www.ethicscentre.org), a position she has held continuously since 1988.
Shortly after its first publication by Routledge, this book was honoured in May 1992 by the US National Intelligence Study Center as “the best book by a foreign author on the subject of intelligence” demonstrating “outstanding research and writing” and recognised as a “meritorious volume” being “monumental and the last word”.
This year, 2016, Professor Jeremy Lewis of Huntingdon College, Alabama, USA, has written a commendation to accompany the revival edition of this important book as follows:
“Rosamund Thomas`s book is a trenchant legislative history of the official secrets acts from 1911, a careful legal analysis and an incisive commentary on the criminal cases in the UK and USA.  It wrestles with prosecutions of releases of information treated as espionage.  This book extended the masterwork of David GT Williams, and is the finest work on the subject”.
Cases of espionage still arise and in the USA a case in 2016 concerns a US Naval officer charged with spying for China and Taiwan (Lt. Cdr Edward Lin – a US Citizen born in Taiwan).  This revival book “Espionage and Secrecy” refers to the earlier four-member family spy-ring, which included John A. Walker, Junior, a retired United States` Navy warrant officer who was charged with espionage in the mid-1980`s (see page 172 of this book onwards).  “Espionage and Secrecy”, then, is of value and use currently not only to academics/students studying law, political science, and public policy, but also to government bodies, such as law enforcement officers, prosecutors, and others, concerned with problems of evidence and prosecutions for espionage.
Moreover, this book is unusual in that it deals with both the CRIMINAL law and the CIVIL law (legal subjects often kept separate).  For example, “Espionage and Secrecy” covers in detail the civil proceedings in the courts of Australia involving Peter Wright, a former British Security Service (MI5) officer who had retired to Australia.  This case became known as the “Spycatcher” case after the name given by Peter Wright to his published memoirs which contained unauthorised disclosures of official information (page 77 onwards in this book “Espionage and Secrecy”).
Other interested countries in “Espionage and Secrecy” include Canada, India, and New Zealand, which modelled their own official secrets law, in varying degrees, on the UK legislation of 1911 and 1920 documented in Chapter 1 so making this revival book relevant also to these countries.

Government, Business, and Professional Ethics using a methodology of law, public and business policy, and morality.

Professional expertise: Adviser to governments and business corporations on Law, Policy and Ethics.