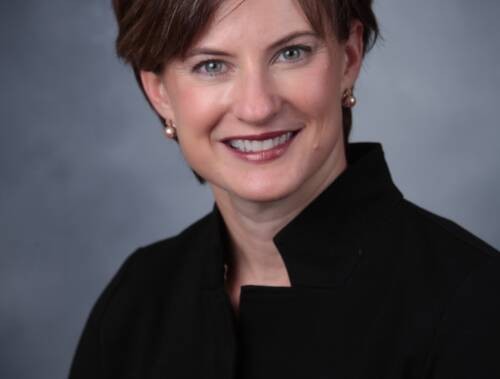 Dr. Jacko’s research activities focus on human-computer interaction, universal access to electronic information technologies, and technological aspects of health care delivery. She is the author or co-author of over 120 research publications including journal articles, books, book chapters and conference proceedings.

Julie A. Jacko, PhD, is a professor of Public Health at the University of Minnesota and a faculty fellow in the Academic Health Center’s Institute for Health Informatics. She is the principal investigator and director of the University Partnership for Health Informatics (UP-HI). This $5.1-million grant from the Office of the National Coordinator for Health Information Technology is one of the nine awarded nationally and represents the first public–private partnership funded in the upper Midwest United States to infuse our nation’s workforce with individuals who have been trained to perform one of six mission-critical health information technology roles.

Dr. Jacko has expertise in the design, implementation, and evaluation of interactive computing systems in complex domains such as population health and health care delivery, with the purpose of enhancing human performance and satisfaction. This is accomplished through research that is focused on the cognitive processes underlying the interaction of people with complex systems with the ultimate goal of combining robust empirical results with the development of engineering models of human performance that can aid in the design of real-world systems.

Dr. Jacko has an exemplary research track record spanning nearly 20 years during which over 160 scientific publications have been generated in these research areas. She has generated nearly $25 million by way of research funding in the last 10 years and is one of the only 20 recipients of a National Science Foundation Presidential Early Career Award for Scientists and Engineers, the highest honor awarded to young investigators by the U.S. government.

Dr. Jacko served as co-author on the #1-rated published article for 2005 in the International Journal of Medical Informatics. She has an extensive track record of professional leadership excellence, including the following awards and honorable positions.
• Received commendation from the Office of the National Coordinator for Health Information Technology (ONC) for her innovation and leadership in the University Partnership for Health Informatics (2011).
• Ranked one of the Top Ten Influential Informatics Professors by HealthTechTopia on September 14, 2010. (http://mastersinhealthinformatics.com/2010/top-10-most-influential-informatics-professors/).
• Published an invited comment paper in 2011, Issue 470, in Nature titled, “Narrow the Gap in Health Literacy.”
• Appointed by the State of Minnesota Commissioner of Health to serve on the Minnesota e-health Advisory Committee, representing academics and clinical research for the State of Minnesota.
• Elected to the Office of the President, the Association for Computing Machinery’s Special Interest Group on Computer–Human Interaction (ACM SIGCHI) (2006–09).
• Elected to the Association for Computing Machinery Special Interest Group Governing Board Executive Committee, elected Member at Large (2007–2009).
• Elected to the Office of the Vice President for Membership and Communications—the Association for Computing Machinery’s Special Interest Group on Computer–Human Interaction (ACM SIGCHI) (2003–06).
• Editor-in-chief of the International Journal of Human–Computer Interaction, published by Taylor & Francis.
• Co-editor of the 1st and 2nd Editions of the Human– Computer Interaction Handbook, the premier compendium of research and practice in the field of human–computer interaction.

In addition, during the last 15 years, Dr. Jacko has chaired or co-chaired numerous technical conferences and technical conference programs in the fields of human factors and human–computer interaction. She received her BS, MS, and PhD in industrial and systems engineering from Purdue University in West  Lafayette, Indiana, where she held the NEC Graduate Fellowship.