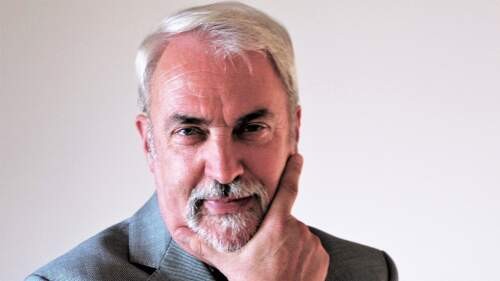 Clive Fletcher is Professor Emeritus in occupational psychology at Goldsmiths' University of London. He has held visiting and honorary professorships at universities in the UK, Europe & Africa. Clive is a Fellow of the British Psychological Society and formerly Chairman of its Occupational Psychology Section; in 2013 he was honoured with its Lifetime Achievement Award. He has been involved in research and writing on psychological assessment and performance management throughout his career.

Clive Fletcher graduated in psychology from Cardiff University and was then awarded an MRC scholarship to do his PhD. Following that, Clive spent nearly 7 years in Whitehall as a psychologist, rapidly progressing to Principal level before leaving to take up a lectureship at Goldsmiths College in 1977. He was awarded a Personal Chair by the University of London in 1989, becoming the first professor of psychology to take up post at Goldsmiths’. Clive headed the psychology department there for more than 6 years. He left full time employment in academia to work in consultancy in 2001 but continued as Professor Emeritus at Goldsmiths’. He has also held visiting and honorary professorships at various other universities and business schools in the UK, Europe and Africa. In 1982, Clive was elected to Fellowship of the British Psychological Society (BPS) at a relatively early age on the basis of his contribution to research. He was Chairman of the Occupational Psychology Section of the BPS in 1984. Clive was honoured with his profession’s Lifetime Achievement Award in 2013.

In terms of his research and writing, Clive has mainly focused on psychological assessment (especially in relation to assessment centres and interviews), performance appraisal &management, multisource feedback, and leadership development. He has authored 200 + publications and conference papers in these areas over a period spanning more than 45 years; much of this output has been in refereed journals. His most recent (2016) Routledge publication is the fifth edition of his book Appraisal: Routes to Improved Performance and Development (written with Richard Williams).

Clive has acted as a consultant to a very wide range of private and public sector organisations, often working at the most senior levels. He has been involved in assessing candidates for the top positions in the UK civil service (including Cabinet Secretary, Director of Public Prosecutions, and numerous Permanent Secretary posts). In 2005, at the invitation of the then First Civil Service Commissioner, Baroness Usha Prashar, Clive reviewed the process for making senior Whitehall appointments and his subsequent report and recommendations led to numerous changes in approach being adopted. His input has been sought in relation to numerous Government enquiries and initiatives, and he has held advisory roles with the Cabinet Office, the Department of Health, the National Clinical Assessment Service, the Audit Commission and the Defence Sciences Advisory Council amongst others. He has also been a member of the Scientific Advisory Board of Behavioral Sciences Research Press Inc, (Dallas, USA) since 1997.